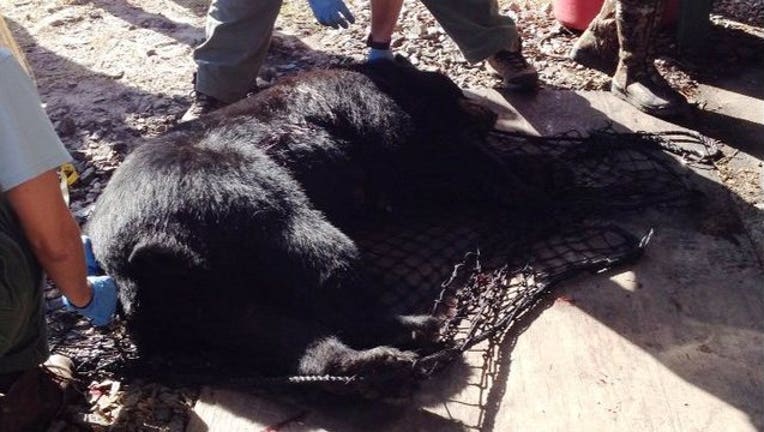 FORT LAUDERDALE, Fla. (AP) - Two regions have already been closed after the first day of bear hunting during the first statewide hunt in more than 20 years.

Wildlife officials closed the east Panhandle and central Florida region saying the number of bears killed Saturday was too close to the limit. Slightly more than 200 bears were killed around the state in the first day. Ninety-nine were in central Florida and 81 in the Panhandle. The state has capped the number of bears that hunters can kill at 320. More than 3,200 permits to hunters purchased permits to participate.

Florida Fish and Wildlife Conservation Commission officials say the Panhandle deaths were higher than expected, but an indication of the increasing bear population there.

The state estimates there are 3,500 Florida black bears, although critics say that number is outdated.

Activists said the state should instead focus on trash management and curbing the smell of food in garbage and have planned protests around the state.