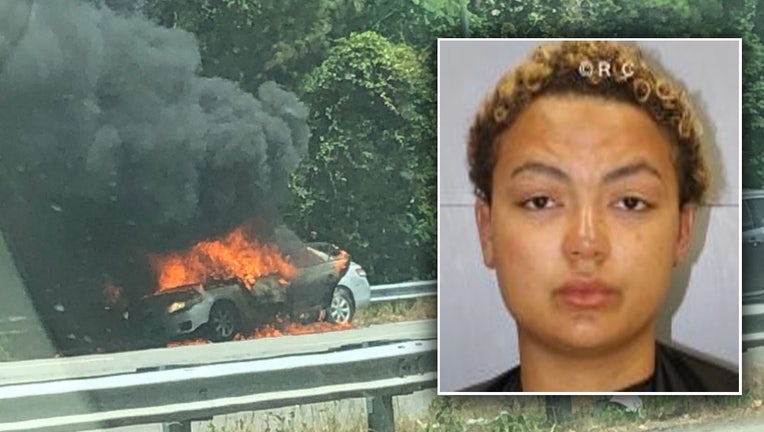 COLUMBIA, S.C. - Police in South Carolina’s capital city have charged a woman with trying to kill her 14-month-old son by setting her car on fire.

The son was taken to a burn center in Augusta, Georgia, where he was hospitalized Sunday in critical condition with extensive burns, police said.

Watson was parked on Interstate 126 on Sunday afternoon when she lit the vehicle on fire, police said.

Fox 57 shared photos from the scene showing black fumes coming from the vehicle as it burned on the side of the road.

Four people passing by stopped to help, including some who sought to retrieve the child. Firefighters extinguished the flames, and police said they arrested Watson after finding evidence suggesting the fire was intentionally set.

Watson, an Elgin resident, remained jailed in Richland County on Monday. It’s unclear whether she’s seen a judge or has a lawyer representing her.