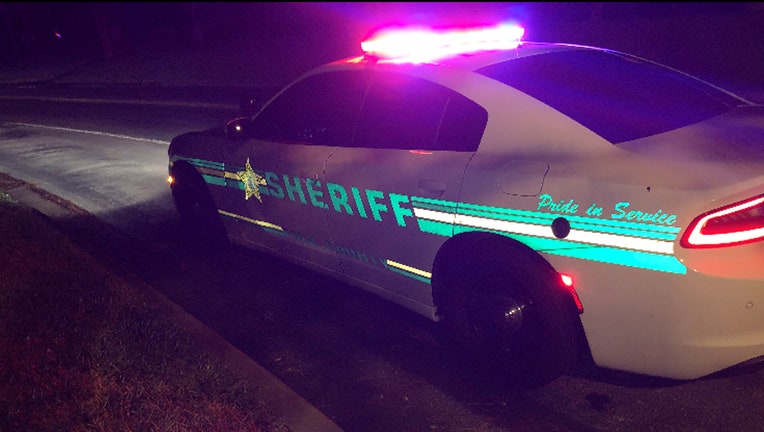 POINCIANA, Fla. - Polk County detectives are investigating the death of 60-year-old man after a motorcycle crash in Poinciana.

Officials said the fatal crash occurred Wednesday evening on Solivita Boulevard near Bell Tower Crossing. The motorcyclist, Mark Peltier, was taken to Poinciana Medical Center where he passed away.

According to the sheriff's office, they received a 911 call around 9:16 p.m. after a couple noticed the flashing lights of the crashed motorcycle off the roadway.
Preliminary information indicate Peltier's blue 2013 Suzuki GSX motorcycle was traveling west on Solivita Boulevard when the front tire struck a curbing, left the roadway and struck a tree.

Deputies said Peltier was wearing a helmet. The speed limit in the area was 25 mph and the roadway is curvy. However, deputies said excessive speed doesn't appear to be a factor in the crash.

The roadway was closed for four hours during the investigation, but had since reopened.