PORT RICHEY, Fla. - A curve in a Port Richey neighborhood is catching attention again after a van crashed into a utility pole today narrowly missing a house that has had multiple cars actually crash into it over the years.

"I heard a big boom, my power went out, my house shook and there we see a van right into the power pole," said neighbor Fritzie Gehringer.

On Thursday a van slammed into a utility pole at 7700 block of Jasmine Boulevard, forcing power crews to come out and replace it.  The crash marks the third time a car has crashed outside the same house in a little over a year. In August 2020, a driver actually slammed into the house, and then it happened again this past July.

"It’s pretty bad. I mean a lot of people like to fly especially around these little turns. They fly around here like it’s a race track. It’s terrifying," said Vanessa Kinney, who lives in the neighborhood. 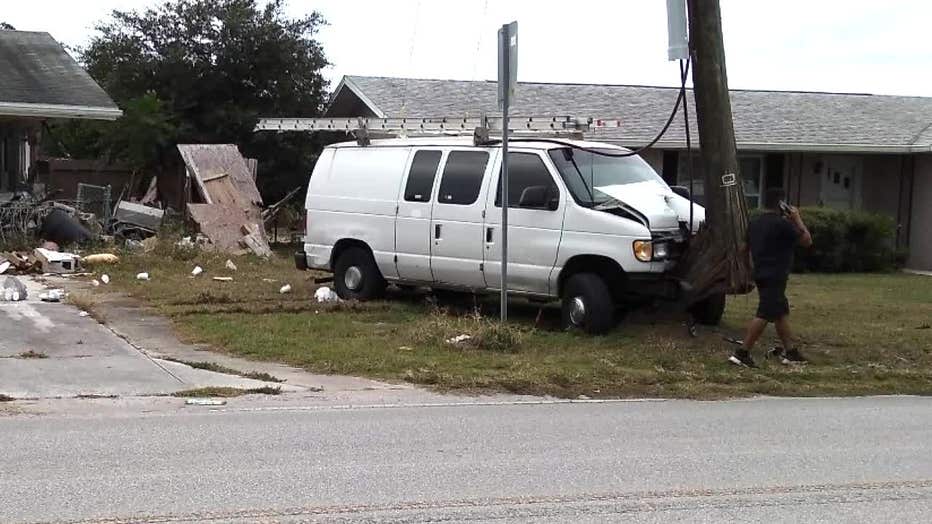 The latest crash with the pole is a symptom of a larger problem. Neighbors said they are concerned for their safety and want changes before another crash happens.

"I would like to see something done about this area, that turn because this is the one house over there. They may hit another house next time," said Kinney.

Whatever can be done, neighbors want it doe fast so they can feel safe on their own street.

"It’s scary. They need to definitely figure something out about that turn to fix the problem so it doesn’t happen again," said Kinney.

Florida Highway Patrol investigates traffic crashes in Pasco County, and FHP said its now responded to 10 calls at the same spot on Jasmine Boulevard since 2017.