SEMINOLE HEIGHTS, Fla. - The parents of a man allegedly murdered by the accused Seminole Heights serial killer have been banned from testifying at trial.

It’s rare for the parent of a murder victim to be prevented from testifying at trial, but that’s exactly what is happening in the Howell Trae Donaldson murder case.

The father of victim Anthony Naiboa won't be taking the stand in his son’s trial. Court documents show there's an agreement between the state prosecutors and the defense on this issue.

"Mr. Naiboa is excluded as a witness in both the first phase of the trial and potentially the penalty phase of the defendant’s trial," they wrote in a joint statement.

The document goes on to say that Casimar Naiboa has "refused to cooperate" in scheduled depositions, and even ignored a court order by the judge to show up.

A Tampa judge decided the death penalty will remain in the case of the accused Seminole Heights serial killer.

In March, Hillsborough County Public Defender Carolyn Schlemmer complained to the court that Anthony Naiboa's stepmother Maria Rodriguez was also refusing to cooperate during a deposition.

"Mrs. Rodriguez did show but, as your honor sees in the transcript, refused to answer any questions," explained Schlemmer.

The prosecutor urged Mrs. Rodriguez to show up for a court-ordered deposition, which she did.

Accused Seminole Heights serial killer Howell Trae Donaldson will be in court Thursday. He wants the death penalty thrown out in his case.

Donaldson is accused of causing terror and panic in Seminole Heights in the fall of 2017. 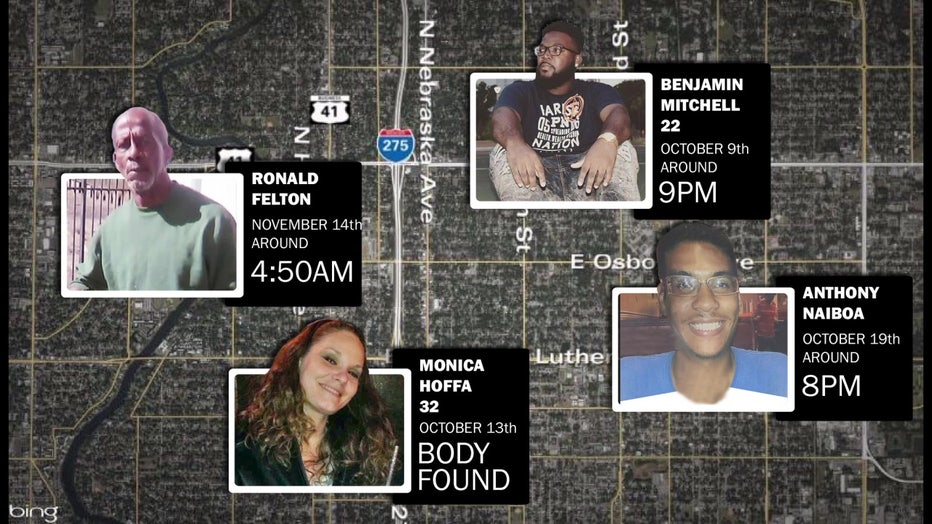 After his arrest, prosecutors announced they would be seeking the death penalty.

However, if Donaldson is convicted in Naiboa's case, his father will not be allowed to tell the jury how his son's murder devastated his family.

Donaldson’s next court hearing is set for September.