TAMPA, Fla. - The accused Seminole Heights serial killer will have four separate trials instead of one long one, a judge ruled Wednesday.

Donaldson, 27, is accused in the murders of Benjamin Mitchell, Monica Hoffa, Anthony Naiboa, and Ronald Felton, the first of which happened exactly three years ago this week

In court documents filed this summer, his attorneys claimed evidence of each murder might help bolster proof in the other murders. They claimed that would stack the deck against Donaldson and the result would not be a fair trial. 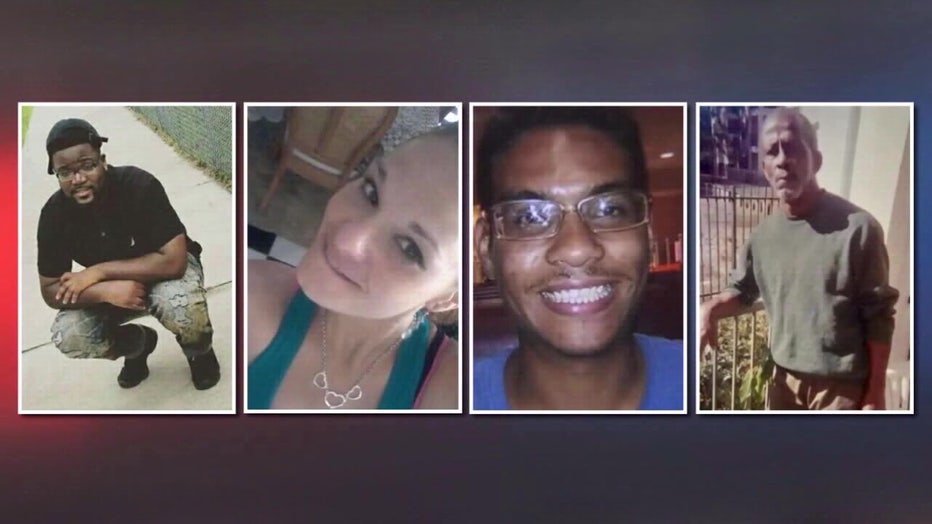 "Judge, it’s our position that there is no meaningful relationship that exists between these offenses or these victims," Hillsborough public defender Dana Herce argued Wednesday.

"We know that all four of these victims, the defendant drew close to them, he got very close to them before he shot them," he said. "They were killed with the exact same brand,  type, style, and caliber of ammunition."

But that wasn't enough to sway Hillsborough Judge Samantha Ward, who decided to sever all four cases, which means four trials and four juries.

The first murder trial will likely start next year.

The trial of accused serial killer Howell "Trae" Donaldson is scheduled for this summer, but his attorneys say they will not be ready.

The State Attorney's Office released thousands of never-before-seen photos in the case against the accused Seminole Heights serial killer.

A motive in the Seminole Heights slayings remains a mystery.

Fifty-one days after the first murder in a Seminole Heights killing spree, police say the killer is behind bars and they have a solid case against him. Now, they are focused on shedding some light on so many unanswered questions.

Since the arrest of a man Tampa police believe to be the Seminole Heights serial killer, the question remains: Is anyone eligible for the $110,000 reward?

Arrest made; one man charged in 4 Seminole Heights murders