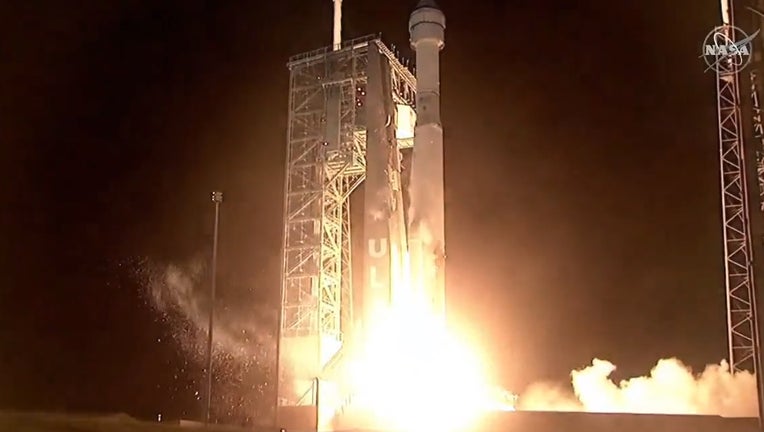 CAPE CANAVERAL, Fla. - Boeing's Starliner made a historic launch at 6:36 a.m. from Cape Canaveral Friday, but will not reach the International Space Station after going off course, NASA said in a news conference Friday.

The blast-off went flawlessly as the Atlas V rocket lifted off with the Starliner capsule. But a half-hour into the flight, Boeing reported that the capsule didn’t get into the right orbit to reach the space station. The capsule is still in space and will be brought back to Earth, landing in New Mexico as early as Sunday.

"Boeing reports an 'off-nominal' orbit insertion of the Starliner spacecraft following today’s launch from Cape Canaveral. Flight controllers in Houston are assessing their options, but the capsule is in a 'stable orbit,'  Spaceflight Now tweeted.

NASA tweeted: Flight controllers are turning @BoeingSpace 's Starliner spacecraft to a position that will recharge its solar arrays. Starliner is currently in a stable orbit."

According to NASA's Administrator Jim Bridenstine, the burn needed for a rendezvous with the ISS did not happen.

"A lot of things went right" with the test, Bridenstine said, and if astronauts had been on board the spacecraft, they would be fine.

It was supposed to be a crucial dress rehearsal for next year’s inaugural launch with astronauts.

Boeing’s Starliner capsule is expected to take astronauts to the ISS.  Friday's launch was an important test. Launch the vehicle, send it to the ISS unmanned and see how smoothly things go in the docking process. Then make the return trip to earth.

SpaceX did this exact same test with their Dragon Crew Capsule. Very few steps are left to go, then both capsules will have humans inside.

America hasn't sent people into space from American soil since the Shuttle program was canceled in 2011.