NASA goes to school in Tampa

Students at Stewart Magnet Middle School got to talk to NASA's best minds, including an astronaut, as part of NASA's Destination Station program.

TAMPA, Fla. - Students at Stewart Magnet Middle School donned their own flight suits and waited their turn to ask the most burning questions of NASA's best minds.

Their questions ranged from: "How it changed their lives to see the earth from the outside?" to "How they got to their position?" to "I am probably going to ask them, what it's like to use the restroom," three students told FOX 13 News.

Via webcam, students stepped up to the microphone and got the answers they've been waiting for. 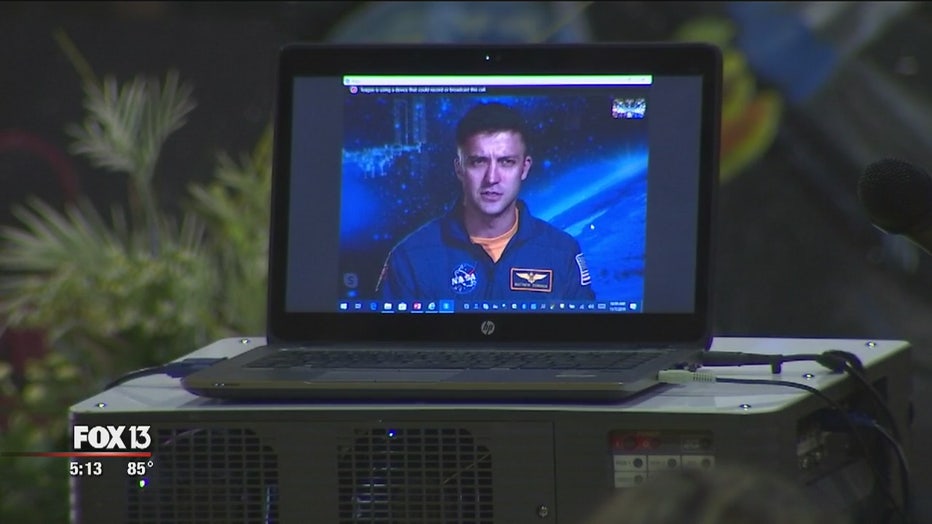 It was one part of a day of space exploration in NASA's Destination Station program, part of the school's John Glenn Explorer Top Gun Academy. 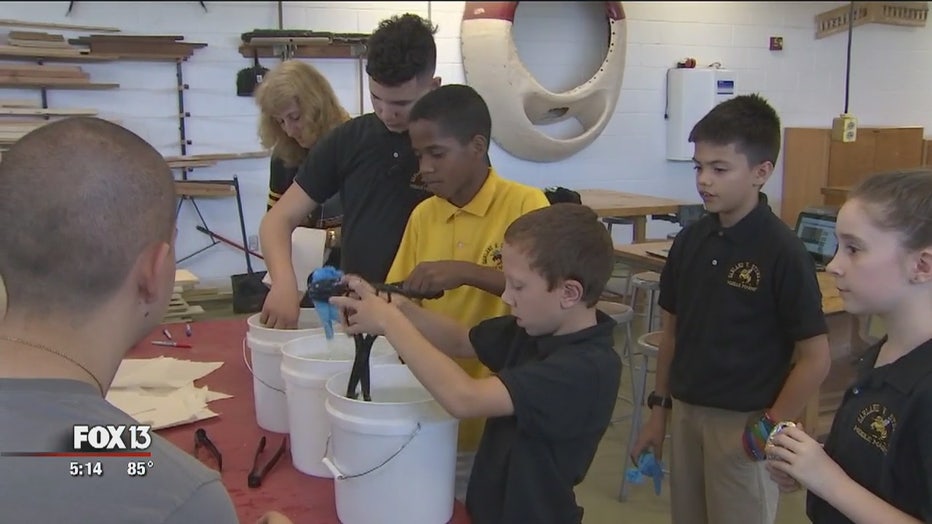 "It gives you hope that the next generation of science and research is going to be in really good hands," said Bryan Dansberry, the assistant program scientist for the International Space Station.

NASA hopes this venture is the beginning of a two-way street.

"There is a lot of opportunity for engineers and scientists. For more than a decade, a number of studies have said we are not generating enough science and engineering students for our needs as we go further into the 21st century," said Dansberry.

Liliana Perrin, a seventh-grader, wants to be an astronaut. 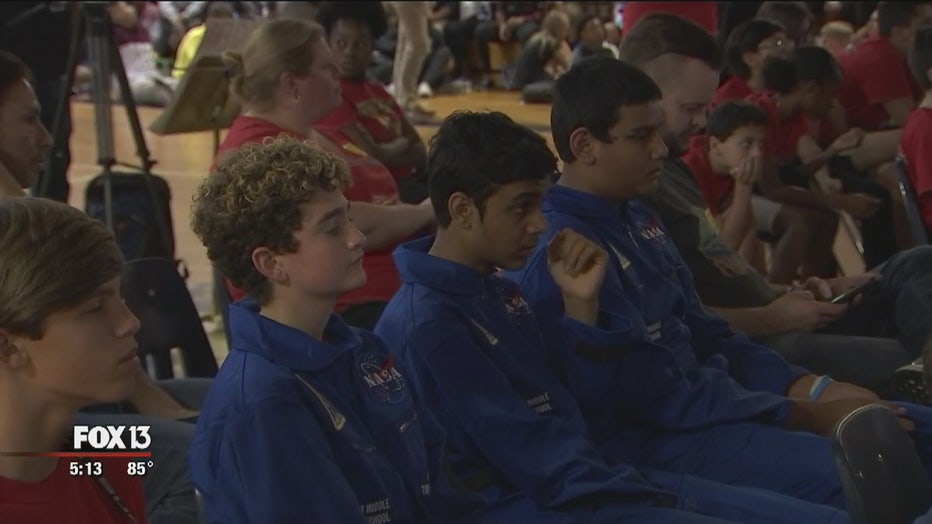 "I really like the idea of exploring the unknown and getting to test it," she said. "It blows my mind!"

And Raaghava Deepak, an eighth-grader, has the perspective of someone who has already been there.

"It shows the world is very fragile," he said. "We have to protect it or else we will lose our planet."