In honor of this special holiday, here are some of the most interesting facts about redheads.

LOS ANGELES - National Redhead Day is on Nov. 5, and whether or not science can confirm magical powers in redheads remains to be seen. What is certain is that redheads are rare — so much so that for every 100 people in the world, only one or two have red hair, according to the University of Melbourne.

In honor of this special holiday, here are some of the most interesting facts about redheads:

A study done by the University of Melbourne said that less than 2 percent of the world’s population has red hair. Scotland has the highest concentration with 13 percent, followed by Ireland with 10 percent.

If you have red hair and blue eyes, then this day is particularly special for you. The odds of having this lucky combo are approximately 0.17 percent. Just to put that into perspective, that’s just 13 million people out of the 7.6 billion on Earth.

According to researchers at the University of Irvine, not only are redheads harder to sedate, specifically they need 20 percent more anesthesia.

Researchers say that the genetic train responsible for giving a person red hair is linked to a mutation in which people with red hair are unable to produce melanin, which ties to a specific mid-brain function that determines pain response.

It was also revealed that redheads require lower doses of pain-killing analgesics, and can easily detect changes in hot and cold temperatures.

If you haven't already heard of the Redhead Days Festival, you’re missing out. It's the largest international gathering for natural redheads. Held in the Netherlands, this commemoration draws in thousands of redheads from across the world every year. 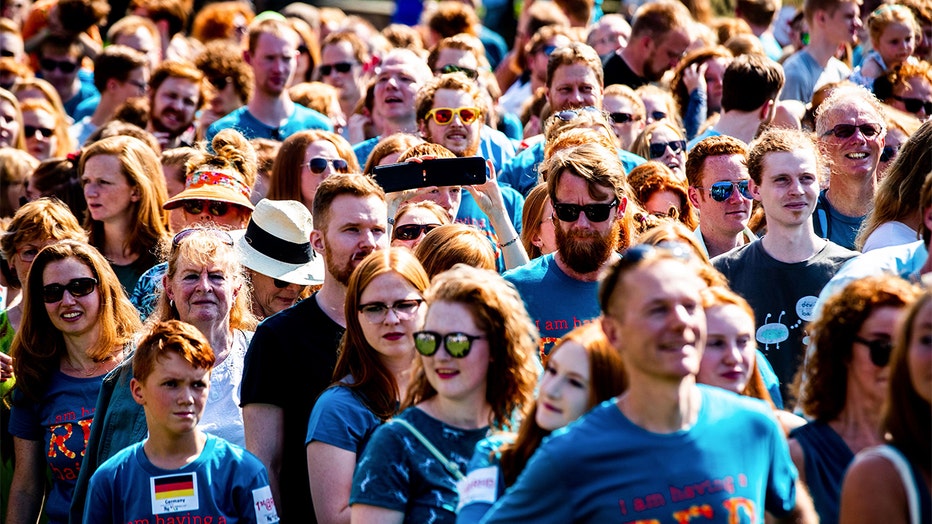 Redheads gather during the Redhead Days in Tilburg on August 25, 2019, as thousands of people with red hair participate in various events during the three-day festival. (SEM VAN DER WAL/AFP via Getty Images)