WASHINGTON - Poverty in the United States has risen sharply in recent months amid the coronavirus pandemic, with 7.8 million Americans falling into poverty since the summer, according to new data released this month.

In November, the poverty rate spiked to 11.7%, an increase of 2.4 percentage points since June. The figures were released Dec. 15 as part of a study by researchers at the University of Chicago, the University of Notre Dame and Zhejiang University in China.

The poverty rate in the U.S. is low compared to figures in previous decades.

But 2020 had the biggest increase in poverty in a single year since the government began tracking these figures in the 1960s, study authors James X. Sullivan and Bruce D. Meyer told the Washington Post. The jump in 2020 was nearly double the next-largest increase, which was reported in 1979-1980 during the oil crisis, according to the Post. 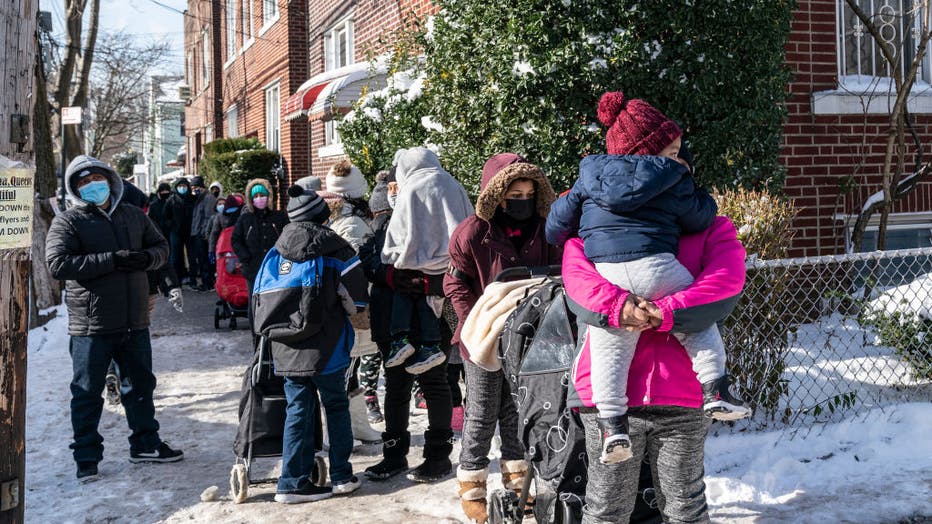 In March, Congress passed the $1.8 trillion CARES Act — credited with keeping the economy from falling off a cliff during widespread lockdowns in the spring. The relief package provided one-time stimulus payments to many Americans and added a boost to weekly unemployment benefits, among other relief measures.

As a result of this legislation, researchers found that poverty in the country actually decreased in the first few months of the pandemic, reported at 10.9% in January and February and down to 9.4% in April, May and June.

But the number of Americans who fall below the poverty line increased in the second half of the year, as Congress debated the terms of a second relief bill.

"Poverty has risen sharply, however, in recent months as some of the benefits that were part of the government relief package have expired," the researchers noted.

The study found that poverty in the U.S. has risen each month since June, even though the unemployment rate has fallen by 40% over this same period.

"This disconnect between poverty and unemployment is not surprising given that some government benefits have expired, unemployment insurance benefits are typically only about half of pre-job loss earnings, and five million people have left the labor force in the past year and therefore are not counted as unemployed," the researchers added.

After months of negotiations, a second $900 billion pandemic relief package was signed by President Donald Trump on Dec. 27. The bipartisan deal will deliver long-sought cash to businesses and $600 checks to most Americans, while averting a federal government shutdown.

Trump had previously refused to sign the bill, calling for larger, $2,000 relief checks and scaled-back spending even though the bill had already passed the House and Senate by wide margins. His delay resulted in a lapse in unemployment benefits for millions and threatened a government shutdown in the midst of the pandemic.

But with Trump’s signature, lawmakers now have breathing room to continue debating whether the relief checks should be as large as the president has demanded. The Democratic-led House supports the larger checks, but the issue was expected to be ignored by the Republican-held Senate where spending faces opposition.

For now, the administration can only begin work sending out the $600 payments.

Republicans and Democrats swiftly welcomed Trump’s decision to sign the bill into law.

"The compromise bill is not perfect, but it will do an enormous amount of good for struggling Kentuckians and Americans across the country who need help now," said Senate Majority Leader Mitch McConnell, R-Ky. "I thank the President for signing this relief into law."