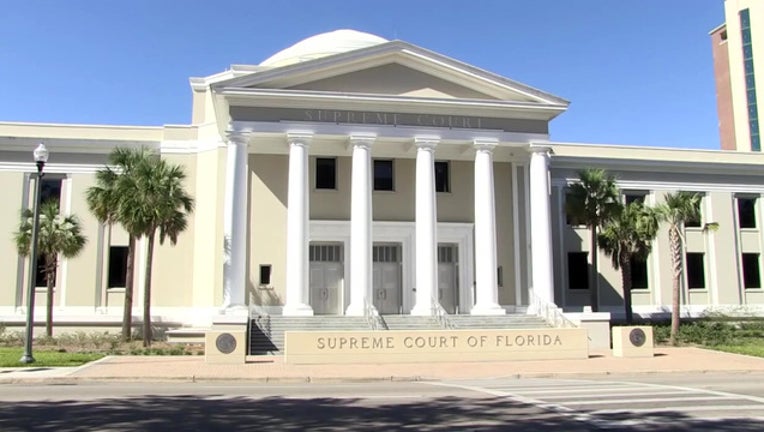 TALLAHASSEE (NSF) - The next governor, and not Gov. Rick Scott, has the authority to appoint three new justices to the Florida Supreme Court, the court ruled Monday.

Scott, who will leave office in January and is running for U.S. Senate, had repeatedly asserted the right to appoint replacements for justices Barbara Pariente, R. Fred Lewis and Peggy Quince, who will leave the court in January because they have reached a mandatory retirement age.

But in a brief, unsigned order Monday, the Supreme Court said Scott “exceeded his authority” in directing a judicial nominating commission to meet and forward a list of potential justices to him by Nov. 10. More than four dozen judges and lawyers submitted applications by a deadline last week to the nominating commission, which had scheduled interviews with the applicants in early November.

But the court ruling Monday blocked Scott’s action through a legal procedure known as a writ of quo warranto, which had been sought by the League of Women Voters of Florida and Common Cause Florida.

The groups argued that the appointment power belonged to the new governor, who takes office on Jan. 8.

In its decision, the Supreme Court said the winner of the Nov. 6 election between Republican Ron DeSantis and Democrat Andrew Gillum “has the sole authority” to fill the court vacancies based on at least two premises.

One premise is that the retiring justices, Pariente, Lewis and Quince, do not leave prior to the end of their terms on the midnight that falls between Jan. 7 and Jan. 8. None of the justices have indicated that they plan an earlier retirement.

The second premise is that the new governor follows the precedent of recent newly elected governors and takes the oath of office prior to Jan. 8, the inauguration day, meaning he officially becomes governor at midnight at the same time the retiring justices’ terms end.

In arguing against the writ, Scott’s lawyers had said he was following the precedent of beginning the appointment process before the vacancies occur, noting numerous justices have been appointed using this procedure to avoid prolonged vacancies on the court.

Although the court ruled that Scott exceeded his authority in seeking a list of potential justices by a Nov. 10 deadline, the justices agreed to hear oral arguments on the issue of when the Supreme Court Judicial Nominating Commission can certify a list of candidates to the governor.

The hearing on that issue is set for Nov. 8.

But the court order also noted the 60-day deadline for making the appointments after the nominations have been certified by the nominating commission “begins to run only when the governor with the authority to appoint has taken office,” citing the state Constitution.

John Mills, a lawyer who represented the League of Women Voters and Common Cause, said the court ruling should slow down the nominating process and allow more judges and lawyers to consider applying to serve on the court.

“While the issue of when the (commission) may make its nominations is yet to be resolved, one thing is clear now --- there is no reason for the (commission) to rush through the nominating process as it has been doing,” Mills said in a statement.

He said the “the artificial deadline of applications a month before the election created an unfair chilling effect on many potential applicants, especially those in private practice.”

Mills said “the only fair thing” would be for the nominating commission to halt its process and wait for the Supreme Court’s final order and then reopen the application process.

The appointments to the seven-member Supreme Court are being watched closely because they have the potential to tilt the judicial direction of the state’s highest court for years to come.

Pariente, Lewis and Quince are part of a liberal bloc, which now holds a slim 4-3 majority and has thwarted Scott and the Republican-dominated Legislature on numerous occasions since the governor took office in 2011.

With the court’s ruling, the judicial makeup of the court will largely depend on the result of the Nov. 6 election between Gillum and DeSantis.

Gillum, the mayor of Tallahassee, said he was “pleased” that the court has left the appointments in the hands of the next governor.

“It is a duty I take extremely seriously and, as governor, one of my top priorities will be to restore integrity to the judicial nominating process,” he said in a statement.

DeSantis, a former congressman and Harvard-educated lawyer, had also asserted the next governor would make the court appointments, drawing some criticism in the Republican primary for the stance. He has made it clear that he would favor conservative justices.

“It’s important that we have a governor who understands that we have to appoint solid constitutionalists to our state courts, including our state Supreme Court,” he told Florida Chamber of Commerce members last month.

Blaise Ingoglia, chairman of the state Republican Party, said the “stakes for November’s election just got higher” with the court ruling, warning that a Gillum victory would result in “radical activist justices,” while DeSantis would appoint “strong constitutionalists” to the court.