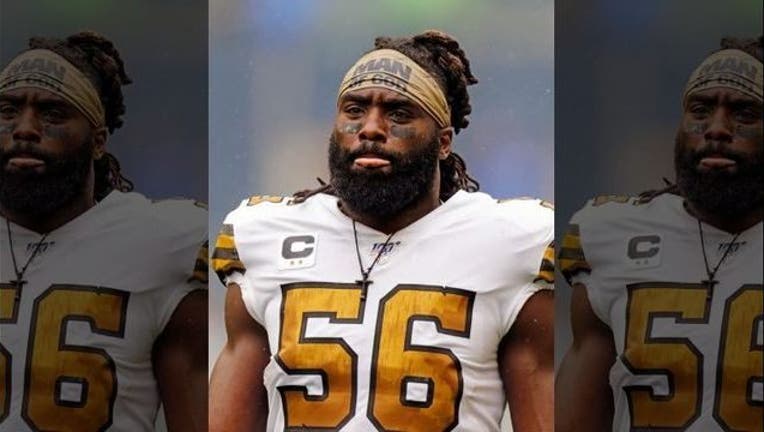 NEW YORK - A  linebacker with the New Orleans Saints says he has won an appeal of a fine the NFL levied on him for more than $7,000 for wearing a headband that reads:  Man of God.

Davis wore the headband under his helmet during a Sept. 22, 2019 game versus the Seahawks at Century Link Field in Seattle.

He was photographed wearing the headband while he was on the sidelines without his helmet on his head.  He was also wearing a necklace with a cross on it.

Davis posted a photo of the headband on his Instagram page this week and asked his followers if he should continue to wear it.

There was an overwhelming response with many people encouraging him to continue to wear the headband.

The fine for a first offense to the policy against displaying personal messages while wearing the uniform is $7,017. The league warns that additional fines may be imposed on team management and coaching staffs for condoning, permitting, etc., violations.

On Tuesday evening Davis says his agent informed him that he had won his appeal and won't have to pay the fine.  He says he plans to donate what he would have paid to St. Dominic's Hospital's emergency department.  The hospital is located in Jackson, Miss.  Davis was raised in Mississippi.

Davis has raised more than $30,000 for the hospital selling his Man of God headbands.

One other player has faced a fine for an equipment violation this year.

Pittsburgh Steelers quarterback Ben Roethlisberger was wearing an Apple Watch on the sidelines during a recent game.  It is a violation to wear any device during a game that can transmit messages.

He planned an appeal of his fine.  It was unknown if he was successful.