CLEARWATER, Fla. - Christmas Eve is a big day at Clearwater Marine Aquarium as Nicholas the dolphin celebrates his 19th rescue anniversary. Marine care specialists at the aquarium say he is nothing short of a Christmas miracle.

In 2002, the 120-pound calf was found stranded with his mother, Noelle, near Gibsonton with second- and third-degree burns covering more than a third of his body. Named in recognition of the holiday season, Nicholas and Noelle were both transported to Clearwater Marine Aquarium for long-term medical care. 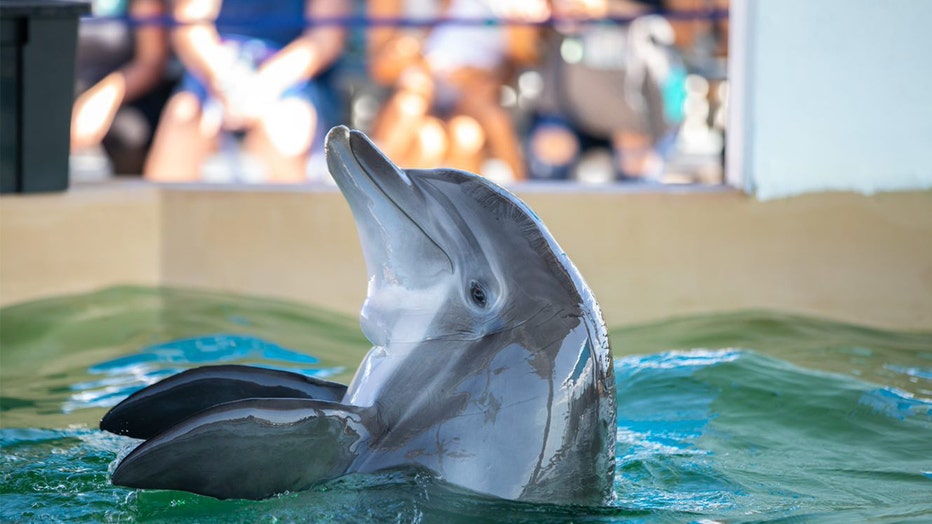 Noelle sustained third-degree sunburns and was believed to have a respiratory illness. She did not survive, leaving Nicholas orphaned at approximately six months old. Because he lacked the necessary survival skills he would have learned from his mother, Nicholas was deemed non-releasable, so Clearwater Marine Aquarium became his permanent home.

Now, Nicholas serves as an ambassador of perseverance for children and military personnel with burn injuries, vitiligo, and a variety of skin differences. Although his injuries are healed, Nicholas has scarring on his back from the burns sustained during his stranding.

PREVIOUS: 16 years ago, Winter the dolphin was rescued from a crab trap line

According to the team at the aquarium, many visitors form a bond with Nicholas and come to visit Clearwater Marine Aquarium during their treatment to be reminded that they too can live a full life with a skin difference. 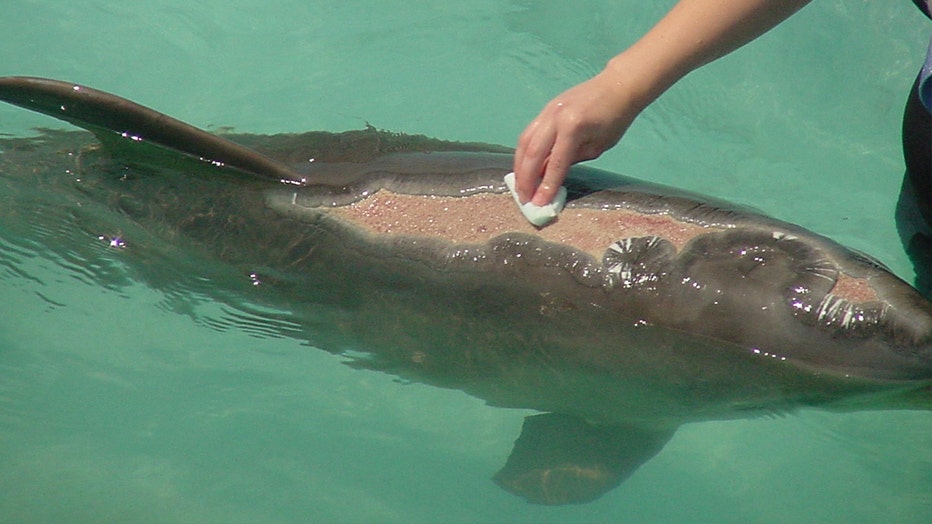