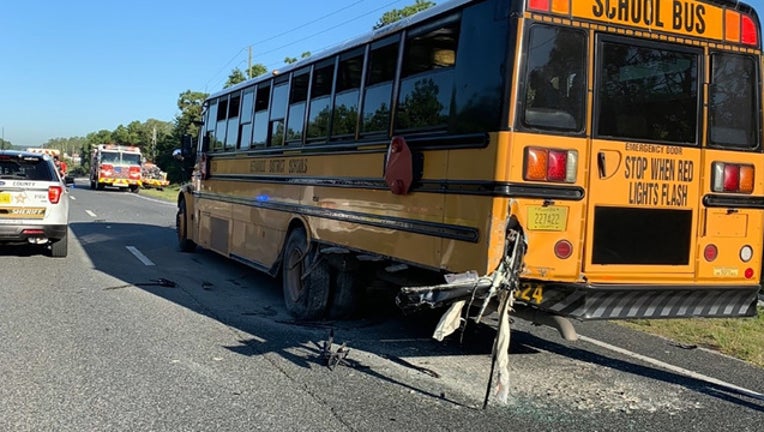 BROOKSVILLE, Fla. (FOX 13) - No students were injured in this morning’s crash involving a school bus, but the driver of the other vehicle had to be hospitalized.

According to the Florida Highway Patrol, it was just before 8 a.m. when a bus carrying children from D.S. Parrot Middle School was rear-ended by a another vehicle along Cortez Boulevard east of Brooksville.

District officials say the students and bus driver were OK, but troopers say the other driver was flown to Bayonet Point Medical Center and is stable.

Another school bus later took the kids to school.