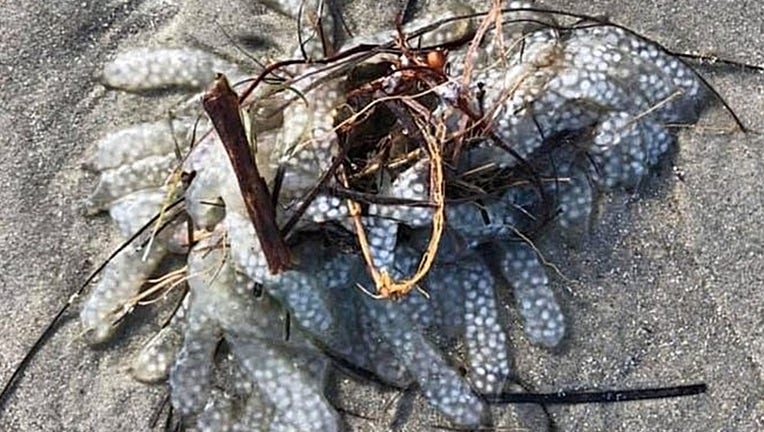 A weird blob washed up on a North Carolina beach left experts and viewers puzzled, as FOX 8 reported.

"It looks like a few pairs of gloves that something laid eggs in," one commenter said.

"Invasion of the Body Snatchers?" suggested another.

A gull was rescued after it was discovered with a disposable surgical face mask tangled around its legs in Chelmsford, England.

Days later, the National Park Service, which maintains Cape Lookout National Seashore where the blob was found, said it had identified the mysterious mass.

"It is an egg mass of a squid, or actually the eggs of many squids as they lay their eggs together to create the mass," the Facebook post reads. "These squid are an inshore squid species which belong to the same scientific family, Loliginidae, as the California Market Squid of the Pacific Coast and a number of European squids. They all lay similar looking egg masses. Off the North Carolina Coast, there are three species from the Loliginidae squid family – the Thumbstall squid, the Longfin inshore squid and the Slender inshore squid – which could have laid the egg mass that showed up on our beach."