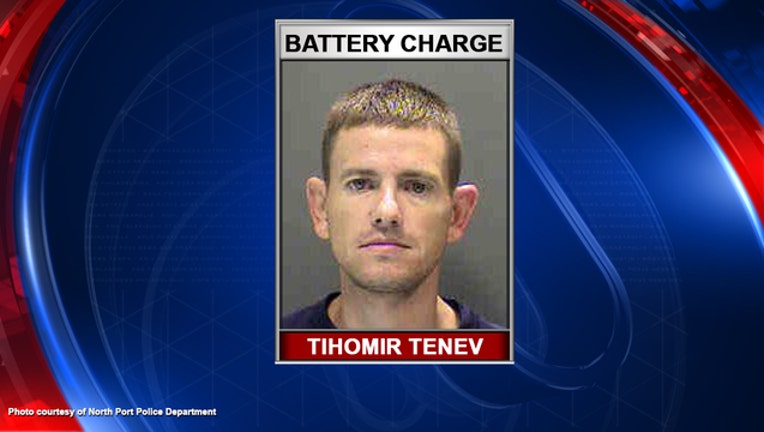 NORTH PORT (FOX 13) - North Port Police arrested a man over the weekend after he reportedly bit employees at a Walmart store.

The man, 33-year-old Tihomir Tenev, was observed switching price tags on items in the store Sunday. When employees approached him, they say he not only bit them, but attempted to pull out knives and mace spray.

While Tenev was unsuccessful in his attempts to use the weapons, he managed to land two bites on an employee which drew blood.