SOUTH FORT MYERS, Fla. - Gov. Ron DeSantis is reviewing a case in South Fort Myers that has triggered another controversy over Florida’s ‘Stand Your Ground’ law.

Prosecutors in Lee County cleared James Steve Taylor of any wrongdoing and determined he was acting in self-defense when he shot and killed Ryan Modell on March 20, 2016. Attorneys for the Modell family say Taylor provoked Modell by leaving his home with a gun to look for him, following a confrontation at Taylor’s front door.

Modell’s attorneys are asking Gov. DeSantis to appoint an independent state attorney to review the case.

“I’m not arguing anything other than take a look at it. Actually look at everything we sent, then make your decision,” said attorney Mark O’Mara. 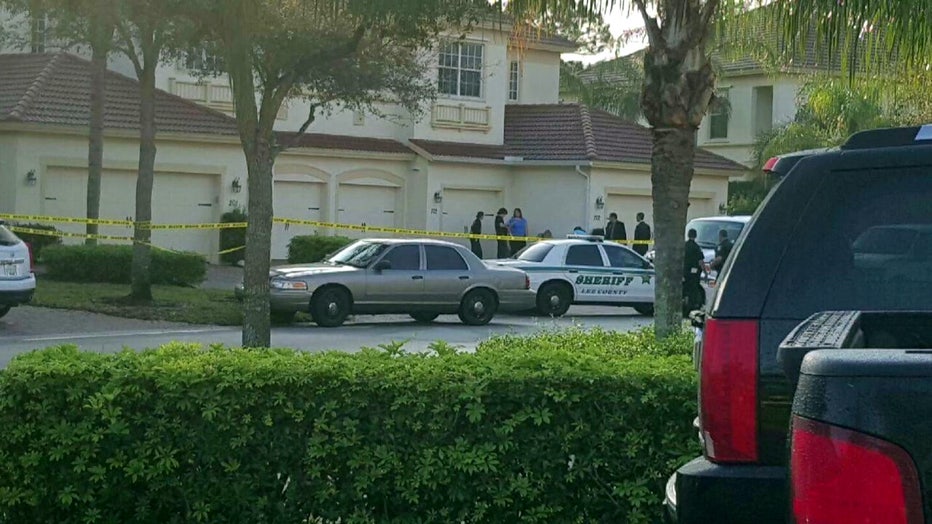 The night of the shooting, Ryan Modell had been at the pool drinking with friends, in a complex where the buildings look alike.

"In his intoxicated state, he walked up to the door to the apartment he believed he lived in," said O’Mara.

The door number matched his girlfriend’s home, but it was a different building. He startled the sleeping residents, Steve Taylor and his wife Patrice, around 2 a.m.

In the 911 recording, Patrice Taylor stated, “Some man is banging all over the doors the windows the doors and he's got the apartments confused; they all look the same."

Steve Taylor opened the door. He said Ryan Modell rushed toward him, so he slammed the door on Modell’s foot. He said Modell disappeared into the darkness outside. 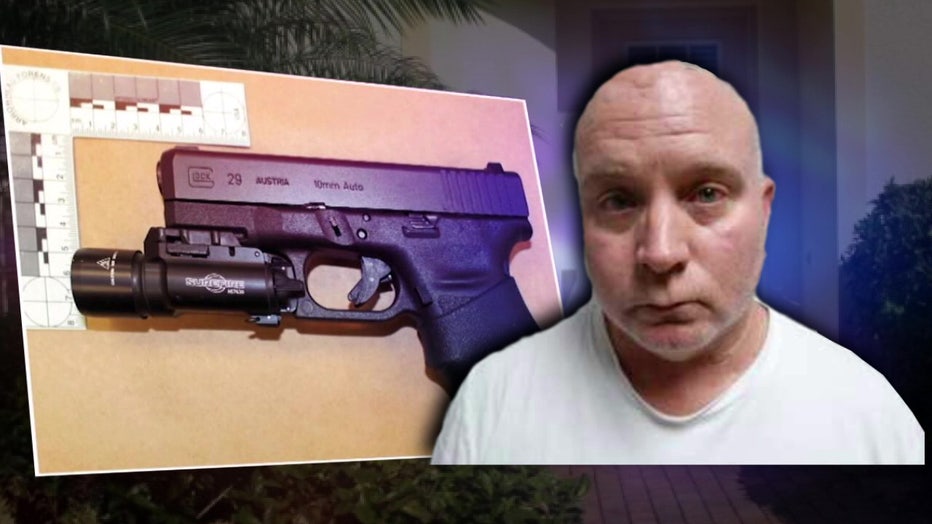 According to Taylor, he then stepped outside to look for Modell. He said he found Modell on the ground near his entrance inspecting his injured foot, and he said Modell then rushed toward his wife who was near the open front door. Taylor said he told her to close the door and call police, as he back-peddled to the other side of his building – because, he said, Taylor cut off his path to return inside his home.

The state attorney justified the shooting and cleared Taylor under Florida's 'Stand Your Ground' law. 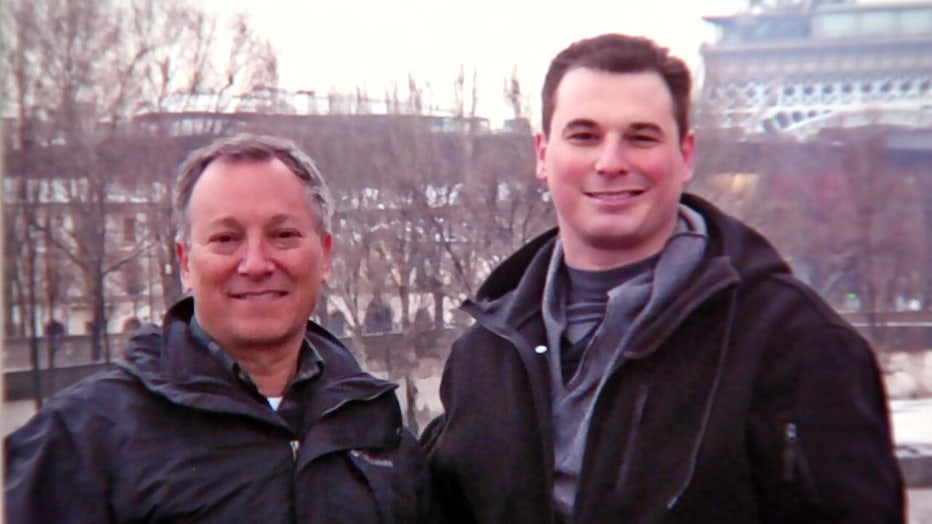 Sandy Modell and his son, Ryan.

"[Taylor] had chosen to leave the safety of his home against police advice, pointed a loaded gun at [Ryan] and put a laser sight on him. He had re-engaged. He pursued, provoked and then claimed to be a victim of those actions,” Sandy Modell said.

During his interview with law enforcement, Steve Taylor said he never had a chance to go back in the house after he stepped outside, despite his wife’s 911 recording in which she said he had re-entered the home.

The Lee County State Attorney addressed that by stating, “Patrice’s 911 call tends to show he was inside the home after she called the police and Taylor’s statement indicated he was outside when he instructed Patrice to call police. Regardless of this potential inconsistency, it is clear that Modell was making verbal threats to Taylor, advancing towards Patrice, and charged Taylor immediately prior to being shot.” 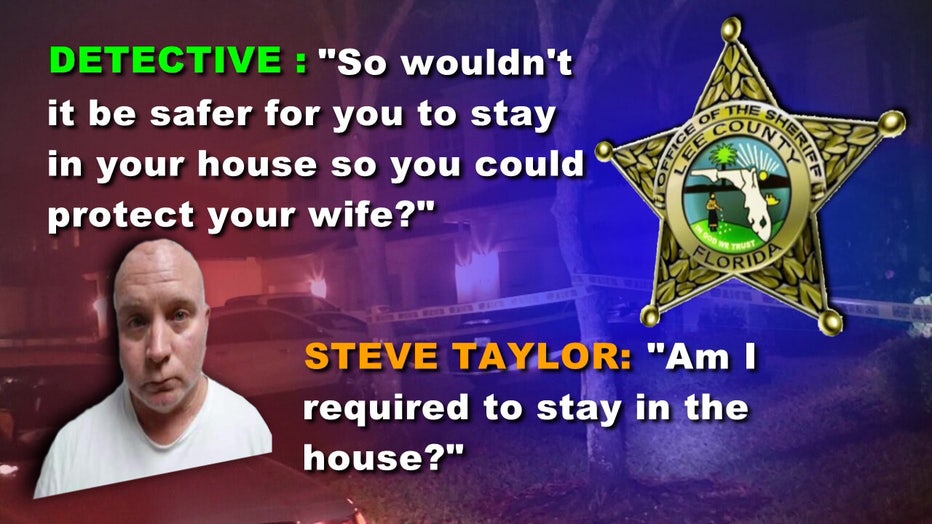 In an interview with WINK News reporter Lauren Sweeney, assistant state attorney Daniel Feinberg dismissed what he described as a ‘potential inconsistency’ in the accounts of Steve and Patrice Taylor as inconsequential.

“She thinks he’s back in the home but his statement is different than that,” Feinberg said.

Two witnesses, a father and son living in a neighboring unit, did see a confrontation in the building’s driveway through the window: Taylor with the gun and Modell threatening and spraying him with the hose.

One turned away before the shooting. The other said he saw Modell rush toward Taylor, but they disappeared from his view prior to the shooting. 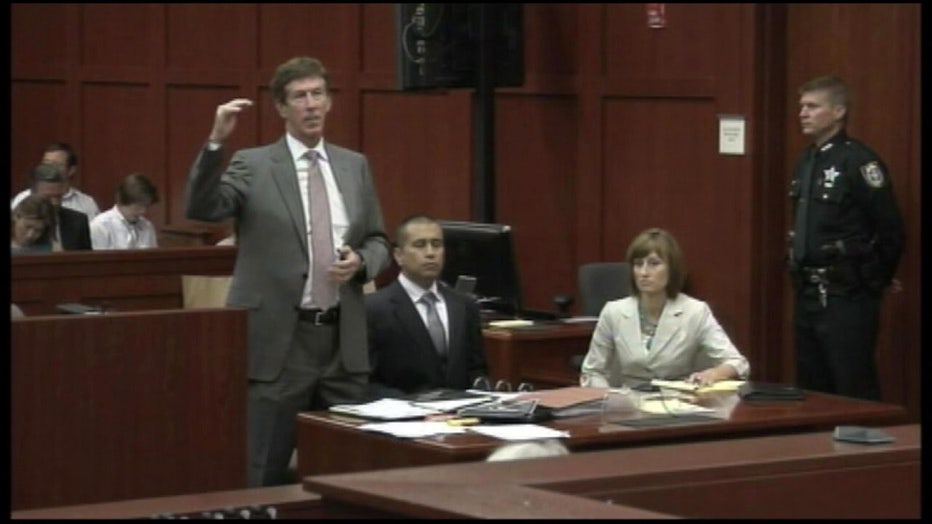 "If you were protecting your home, why would you leave your home?” asked O’Mara. "I don't want [the public] looking at this case and saying, ‘If somebody wakes you up in the morning or shoots you with a hose, shoot them.’ Because that's what they're being told right now."

"They were saying to me, 'Well, there's an election going on down there. I don’t want to get caught up in the politics of it,'” said O’Mara.

If Scott’s successor, Governor DeSantis, orders an independent review, O’Mara and Modell say they will accept the findings either way.

"I don't want [the public] looking at this case and saying, ‘If somebody wakes you up in the morning or shoots you with a hose, shoot them.’ Because that's what they're being told right now."

While DeSantis examines the facts of the case, a spokesman for the governor said he will follow-up accordingly.

The Lee County State Attorney’s office declined comment, but the assistant state attorney is on record as saying he has no objection on someone else reviewing the case if another prosecutor is given authority or jurisdiction.

We left messages with Taylor’s attorney and have not received a response at this time.