Sterile wraps for surgical equipment made into sleeping bags

Nurses at Tampa General Hospital realized they were throwing away lots of sterile cloth that was used to cover surgical equipment, so they started sewing them into sleeping bags for the homeless.

TAMPA, Fla. - They call it blue wrap - the sterile, cloth-like covering for surgical and other hospital equipment. Nurses at Tampa General Hospital realized the blue wrap they were throwing away didn't have to be trash, so they drew up a pattern and started sewing.

Trays full of sterilized instruments ready to be used in the operating room are kept clean until surgery by blue wrap. But after the tools are removed, the blue wrap becomes operating room waste.

The thin material can't be re-used in the hospital. It’s made from polypropylene and it's non-biodegradable. With about 35,000 surgeries being done at TGH every year and nearly 2,000 sterile instrument trays processed every single day, lots of blue wrap gets taken to the landfill and likely stays there for decades. 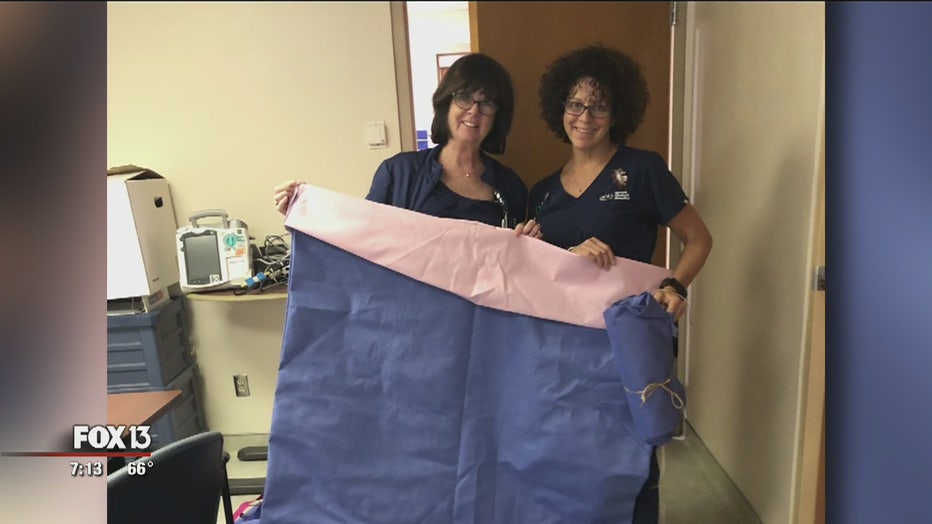 After seeing a post online about another Florida hospital repurposing the wraps, Hubbard pitched the idea as a way for TGH to transform the trash and give back.

“We can recycle and we can also help our community," she said.

The material is durable, soft, waterproof and warm; perfect for sleeping bags for those who need them most.

Once everyone was on board, they still needed to figure out how to stitch squares into long-lasting sleeping bags. Nurses Claudia Hibbert and Lucy Gurka stepped up to the challenge.

"We got a bunch of fabric that was all different sizes and we had to create a pattern,” Hibbert explained. “And so we started laying them out on the floor, stacking them up and figuring out sizes." 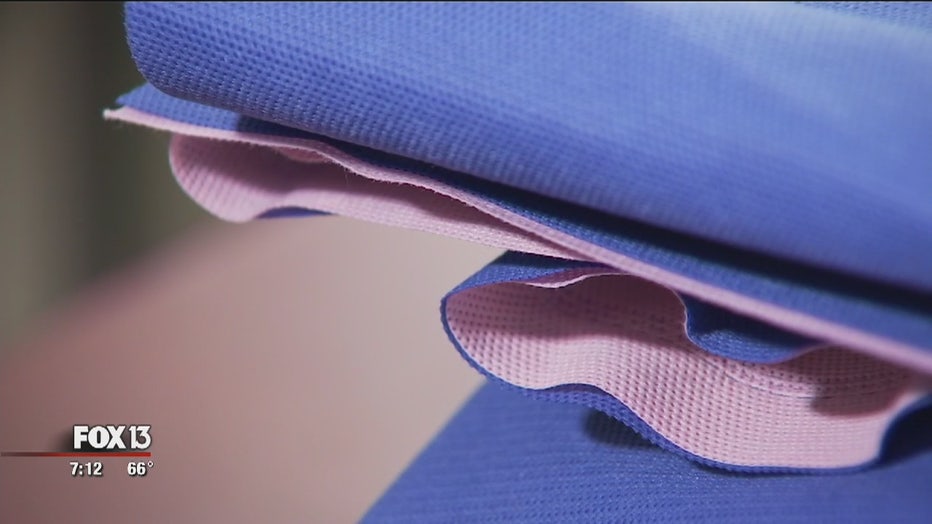 Soon they discovered how to sew seven sizes of bags, each one taking about 30 minutes to create.

"It's really just sewing straight lines, you don’t have to be anything special,” said Gurka. “You just have to sit down and do it, and it's fun."

Over the last month, the nurses and volunteers have made about 100 sleeping bags. Now, other hospitals are calling to ask for the pattern.

"The response has been just overwhelming, it really warms my heart to see everyone just wanting to jump on board and help out with this," said Wright.

"We definitely did not expect it to be this big, but we're excited about the impact we can make," Hubbard said.

All of the sleeping bags will be handed out to people in need in the Bay Area.

TGH says the first round of sleeping bags created from the sterile sheets will wrap up sometime in December.

Right now, the hospital can use help sewing. If you are interested in volunteering to make some sleeping bags, please email Volunteer@TGH.org. 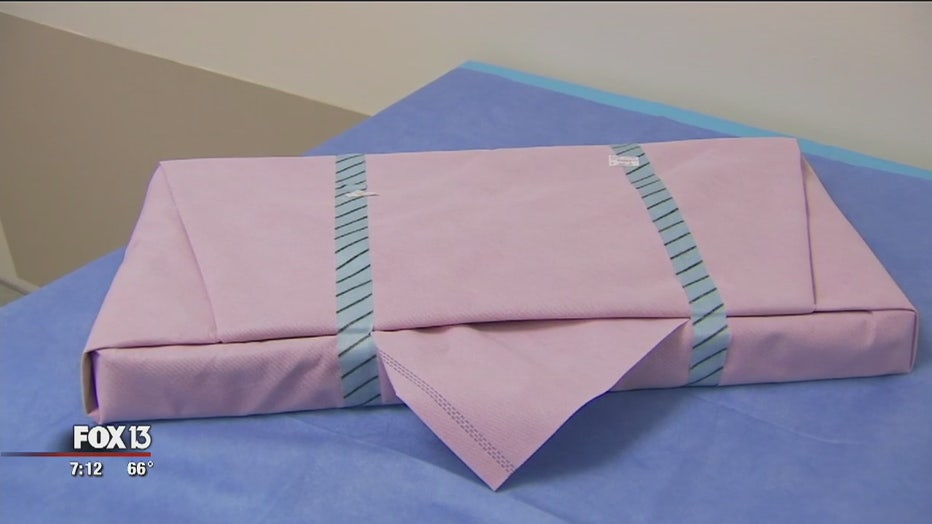