PINELLAS PARK, Fla. - An alleged fraudster was caught in the act Friday thanks to a team of quick-thinking motorcycle salesmen.

Police say 43-year-old Chad DuBois tried to fraudulently purchase a motorcycle using someone else's identity at Moramoto in Pinellas Park, but when a salesman noticed something wasn't right with his driver's license, he called police and DuBois was arrested. He now faces numerous fraud charges.

"He seemed a bit nervous and when he got a copy of his driver's license it looked a little off," Moramoto sales associate Anthony Sotomayor recalled.

According to police, the license was fake. When Sotomayor ran the number on the DMV website, the expiration date and other information didn't match, so he called his boss.

"Knowing what could happen if your identity gets taken is one of my biggest fears. I knew that I had to act swiftly," Moramoto owner Andrew Mora said.

That's when owner Mora called Pinellas Park police. Meanwhile, Sotomayor made contact with the actual man whose identity DuBois is accused of stealing. The man on the phone verified he was not trying to buy a motorcycle. It was just one of several red flags Sotomayor says he noticed. 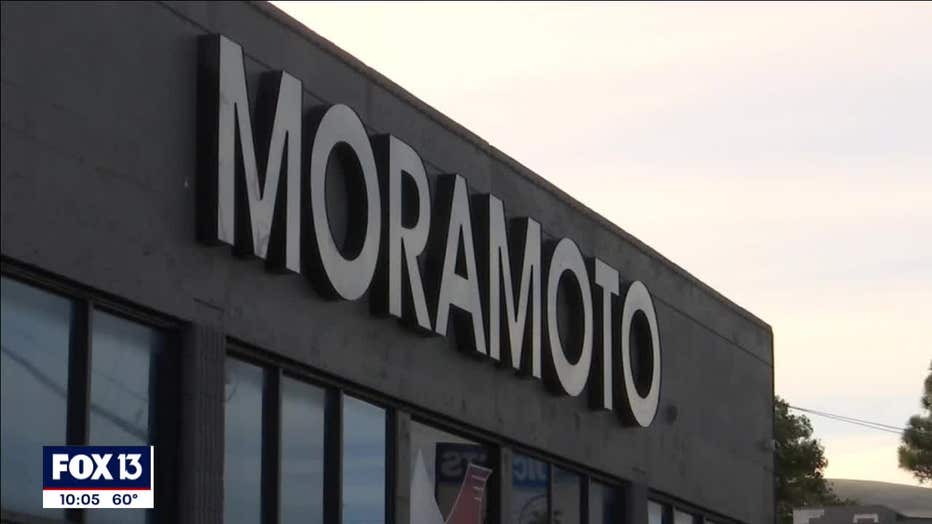 It took police more than an hour to respond, so the team did their best to stall. At times, they showed DuBois helmets and other accessories and at one point even snapped a photo with him. When police arrived, Mora says Dubois's demeanor quickly changed.

"He let a big sigh out. His shoulders dropped. He slouched in the chair and at that moment he knew the gig was up," Mora said.

Mora shot cell phone video showing the moment DuBois was placed in handcuffs. Before his arrest, police say he had already made tens of thousands dollars in extravagant purchases using the victim's credit card, including a 2020 Chevy Camaro from CarMax, more than $7,000 at Kay Jewelers, and nearly $3,000 at Best Buy. 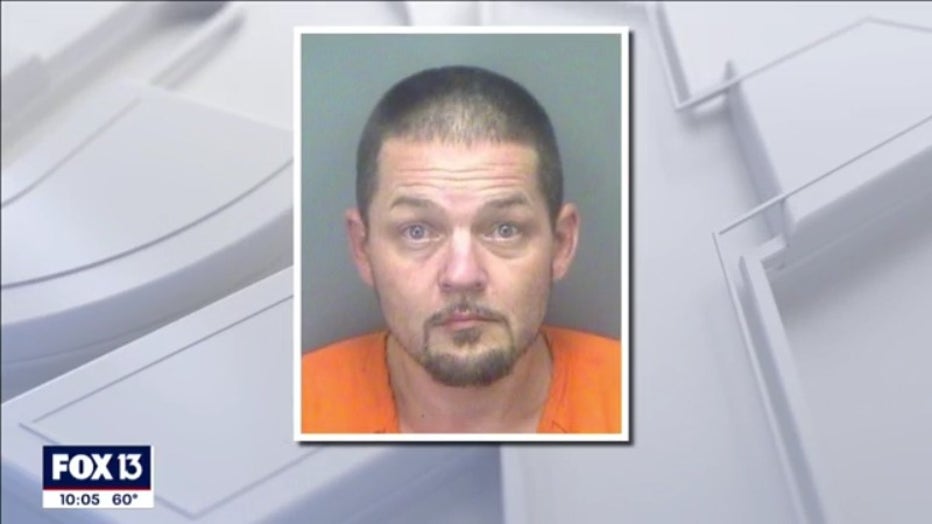 "We did what we could, which was hold him in the building, keep him happy and keep him going until the cops got here," Mora added.

DuBois faces a total of 12 charges, including credit card fraud and identity theft. As of Sunday night, he remained in the Pinellas County Jail on a $90,000 bond.