The Ocala Drive-In Theater is one of the only movie theaters of its kind in America currently showing first-run movies.

OCALA, fla. - Social distancing has been added and popcorn is still popping at the concession stand. The Ocala Drive-In Theater is one of the only movie theaters of its kind in America currently showing first-run movies.

The theater is currently running Trolls: World Tour – a movie that was widely released via streaming services in recent weeks due to the worldwide COVID-19 pandemic. However, the nostalgic Ocala theater has been allowed to run it as well as it is one of few in the country that’s managed to stay open right now.

"I am the only one in the State of Florida. I've checked with every film company,” said John Watzke, theater owner. "We adjusted very quickly for this, we basically are designed for it."

Watzke and his staff have gone to extra lengths to adhere to social distancing rules and keep customers safe. That includes a number of new rules that he said he and his staff are monitoring closely and strictly insisting movie-goers adhere to.

The theater’s concession stand now features a walk-up window instead of having customers go inside. Watzke said they’re also only allowing one person per party to approach the stand where customers must keep a marked off 6 feet from one another in-line. 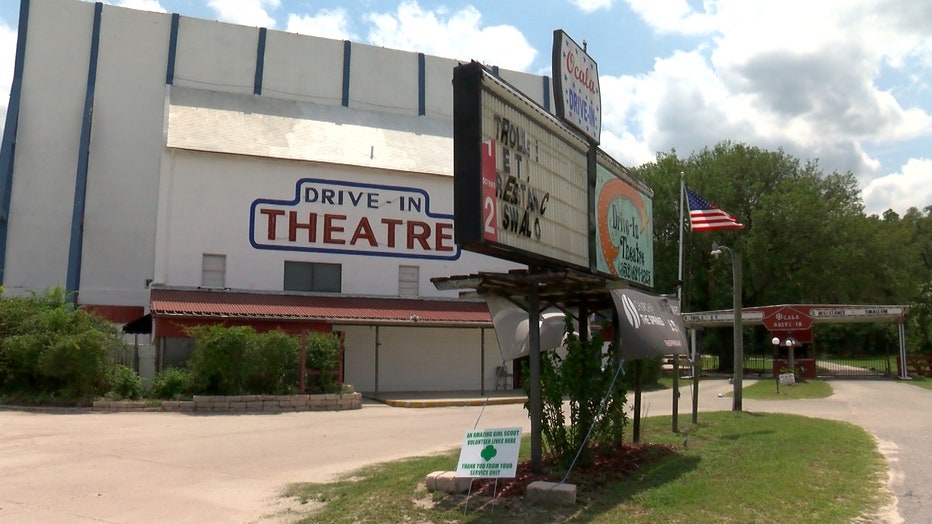 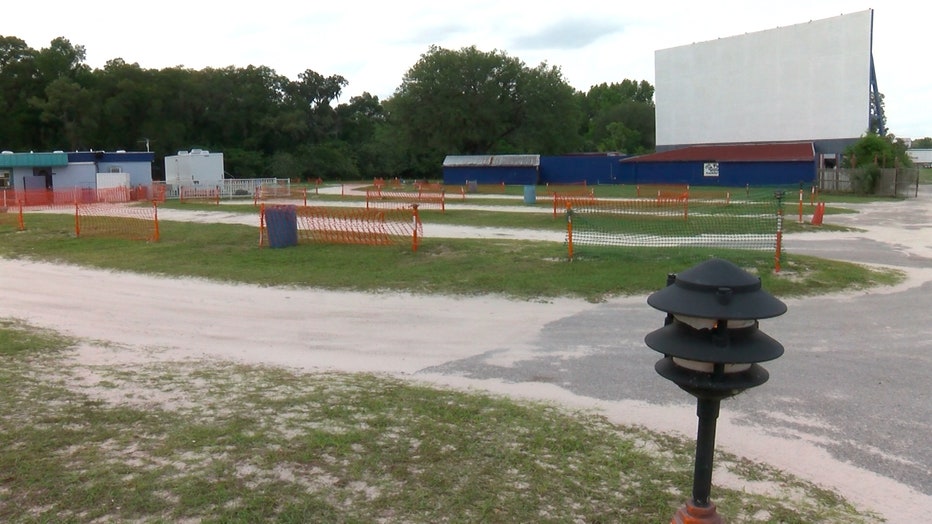 Orange fencing socially distances the parking spots at the Ocala Drive In.

He’s also added orange fencing throughout the theater’s large grass lot to mark off every other parking spot; forcing vehicles and guests to keep 10 feet from the group in the next spot.

That move has cut the theater’s capacity by about half, Watzke said, and cut his profits severely.

However, he said it’s not really about that right now. 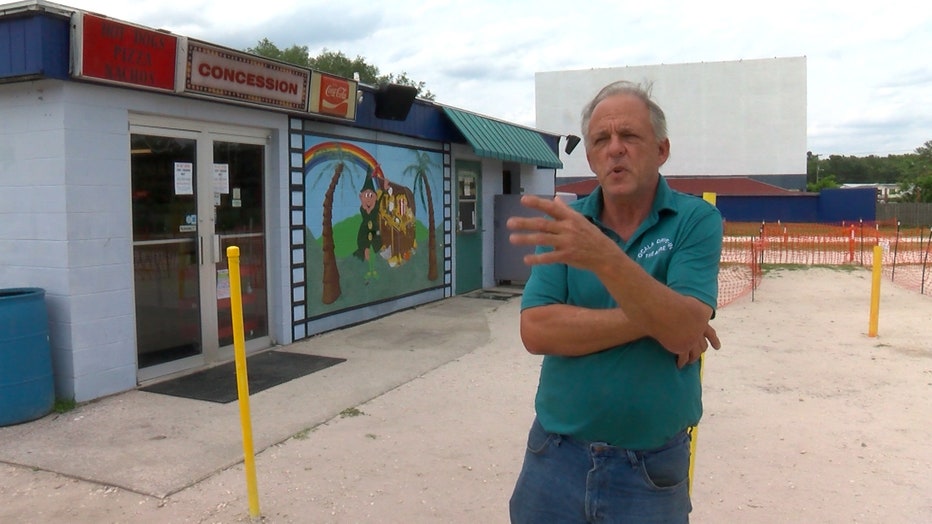 Watzke, who’s owned the drive in since 2011, said his family has been in the theater business for more than 100 years – dating back to the silent film era. He himself has seen the industry go through countless changes over the years.

"Saying the show must go on is a way of life,” he said.

His classic drive in is evidence of that. One of just more than 300 left in the US, but he said during this strange time, it’s also one of few that can keep operating safely.

He apparently isn’t the only one who appreciates seeing the tradition of the silver screen carry on right now, as Watzke said nearly every showing is selling out or getting very close each night.

"They're thankful, they're waving and thanking me,” he said. They're getting cabin fever now. It's been too long, and this is a way they can get away and they’re still safe.”

He hopes maybe a new appreciation drive in theaters is born during this tough time and maybe even more of the classic style lots start popping up again.

Along with Trolls 2, Watzke’s also playing a number of classic films and films from independent production companies willing to send their movies to his big screen right now.