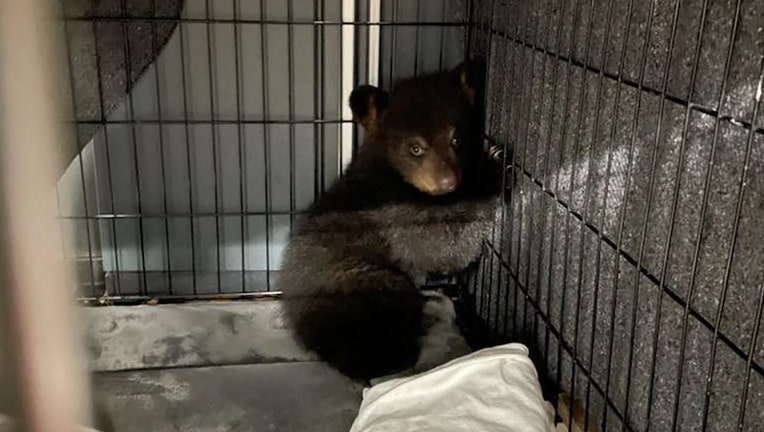 GREENFIELD, Mass. - A young bear cub is recovering after a traumatic incident.

Police officers in Massachusetts discovered a young bear cub hiding in a tree after a car tragically struck and killed its mother and two siblings. Fortunately, officers were able to rescue the animal and brought it to a veterinary care facility in New Hampshire.

Officers with the Greenfield Police Department responded to reports of the accident last week, according to a post on the department's Facebook page. The accident occurred on Rt. 2 around 8:43 in the evening on April 8.

"Upon arrival," the post states, "officers heard squealing and found a very scared third cub that was able to seek refuge and safety by climbing a tree. Knowing the danger the now orphaned cub was in, Officer Lagoy and Purinton, were able to rescue the cub. They placed it in the back a cruiser and brought it to the station. AMR assisted us by providing a kennel to keep him safe." 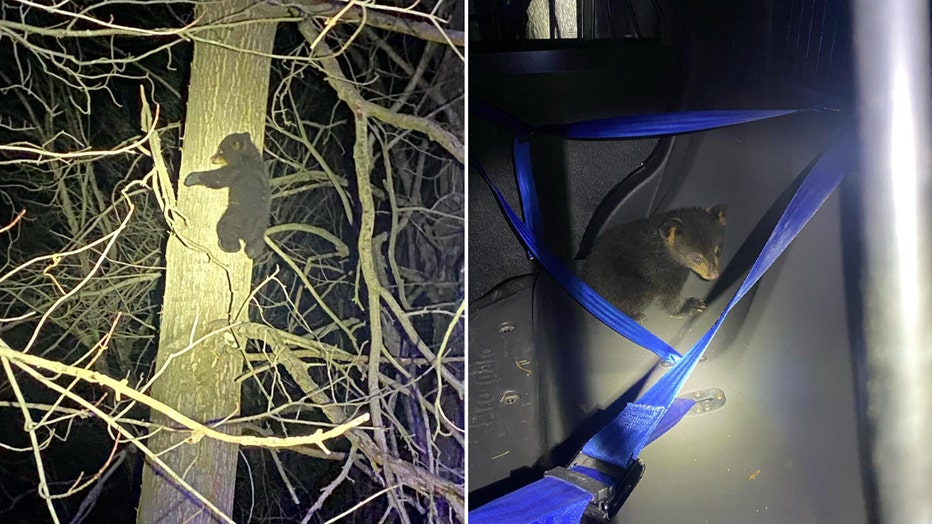 At the time, the police department wrote that it would care for the cub overnight before bringing it to Tufts University the following day for long-term care.

The cub was originally taken to the Tufts Wildlife Clinic, where veterinarians determined that it was in good condition.

WATCH: 'Look at this beast!': Gator with missing foot walks under driver's truck in Venice, shakes it from beneath

Fortunately, the cub appears to be recuperating after being relocated to New Hampshire's Kilham Bear Center, the Greenfield Recorder reports.

Deputy Chief William Gordon told the news outlet, "That word is foremost in my mind. They acted with compassion (for) that poor orphaned animal. They were worried for the welfare of the cub. That’s what we do every day. A lot of people paint (police officers) with a negative stroke but in reality our officers work with compassion (for) humans or animals or whoever needs help. And we don’t judge."