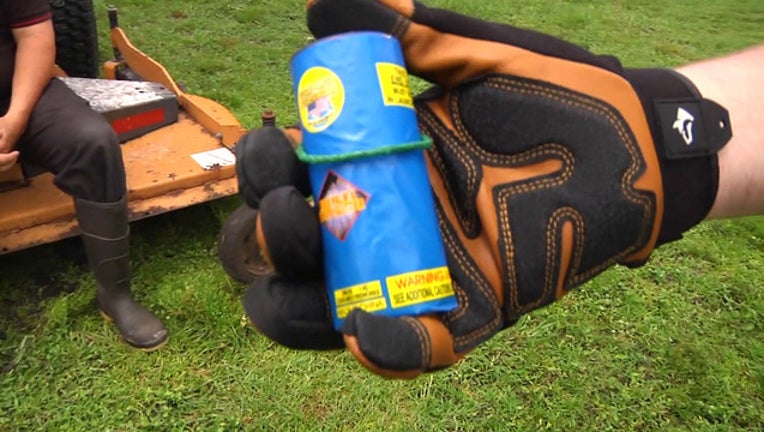 TOLEDO, Ohio (FOX News) - An Ohio man was killed in front of neighborhood children this week after a mortar firework hit him in the chest and exploded, according to reports.

The tragedy happened in north Toledo around 12:30 a.m. Tuesday. Witnesses said Floyd Temple, 61, had been setting off fireworks all day for neighborhood children who were present when he was killed.

Temple lighted a firework display that tipped after it went off and struck him in the chest, the Toledo Blade reported, citing fire officials.

"He tried to fire off a rock that goes up into the sky and it backfired and took his chest off," Temple's friend Benjamin Avalos told Toledo's WTOL-TV.

Police said Temple died instantly. Neighbor Rick Tuggle told the station that the kids ran over to his house and told him what happened.

"(The kids) were sitting over there," Tuggle said. "They're probably traumatized right now."

"I never thought this would even happen over here," Tuggle added. "Kids ran, bro!"

Another neighbor said he tried to save Temple after the accident until rescue crews arrived.

Neighbors described Temple as a man who was well-liked by everyone. They said he loved to set off a firework display for the neighborhood every year.

"He's a really nice guy, nice guy," Avalos said. "He's my brother, bro. I really love him with all my heart."

"In this case, it was a very preventable accident," Pvt. Sterling Rahe, a spokesman for the Toledo Fire and Rescue Department, told the Blade.