LAKELAND, Fla. - Publix is a popular grocery store in Florida that carries many traditions, but there is one heavy-hitter that has remained with the grocery chain since the very beginning: the weight scale.

The old-school scale with the large round dial as the topper joined Publix when the first store opened in the late 1930s. Even today, customers in Florida have walked right past history on the way to the produce section.

Back then, when George Jenkins founded Publix, scales weren’t a common household item.

“People didn’t have bathroom scales like we do now and so this was the only chance people had to weigh themselves,” explained Brian West, a spokesperson for Publix, "but he wanted to be smart about it at the same time. It stuck with us ever since then and continues to be a tradition today."

“Mr. George was very good about that,” he added. “He was always thinking, ‘What else can I do for my customer?’”

The scales were placed at the back of the store, and customers would have to walk through aisles to reach it.

Some people use it every visit. Others walk by it not knowing what is it or why it’s there. 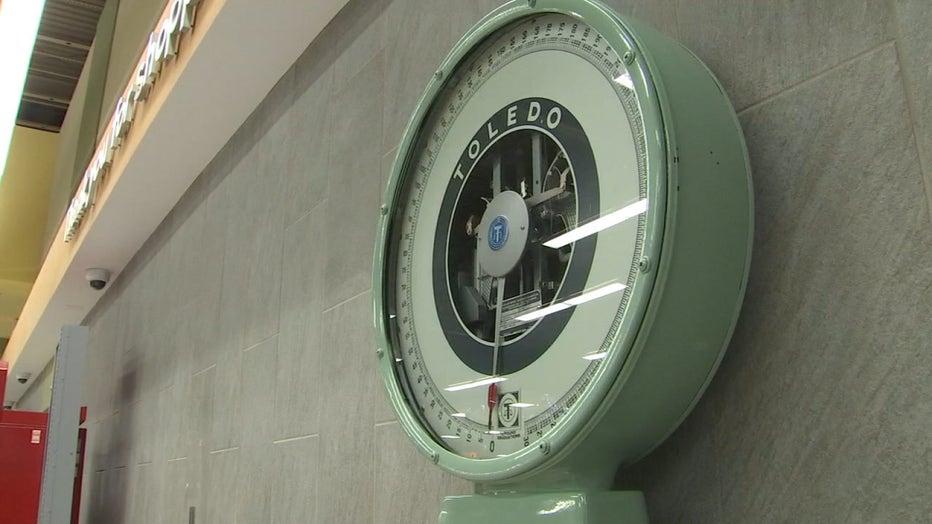 Today, those scales are exclusive to Florida stores, and nowhere else. The company behind the scales, Toledo, no longer makes them. Publix has a team that refurbishes the scales they have now and keeps them operational.

But, there have been several innovations since then.

“One of the neatest things was -- one of the writers of the day called it the ‘magic eye door’ -- the door that automatically opens when you walk up,” West said. “Florescent lights -- still use those today. Air conditioning -- we were the first grocery store with air conditioning. How about that?"

RELATED: Behind the scenes: The birth of a Publix

“There are things that we cling to, whether it’s the places we shop or the things we with our family,” West explained. "We will be 89 years old and we've become generational. We have kids and parents and grandparents and great grandparents, we're very much a part of our customers lives."

Lakeland shares a lot of history with Publix, going back to the 1940s. The beloved store chain is headquartered here.