The school was evacuated "out of an abundance of caution" after the threat, which was first posted online last year, was reposted on social media over the weekend.

It was brought to the attention of school officials on the first day back.

Pasco County Sheriff's Office deputies searched the school, but said there was no credible threat.

Officer Roy with the Tampa Police Department offers advice for drivers as the first day of school arrives -- and of course, a back-to-school joke.

Wednesday was the first day back for students in Pasco County.

In a thread of tweets, PSO said classes resumed as normal and "there is no threat to the school."

"This instance impresses the importance of reporting threats or suspicious incidents in a timely fashion. If you see a threat, call law enforcement as soon as possible… For PSO, tips can be reported by calling the Pasco Sheriff’s Crime Tips Line at 1-800-706-2488 or online at PascoSheriff.com/tips. Together, we can keep Pasco’s schools a safe place for students to learn and grow."

The view from SkyFOX showed students appeared to be allowed back into the building around 10 a.m. They spent most of their morning on the grounds outside the school. 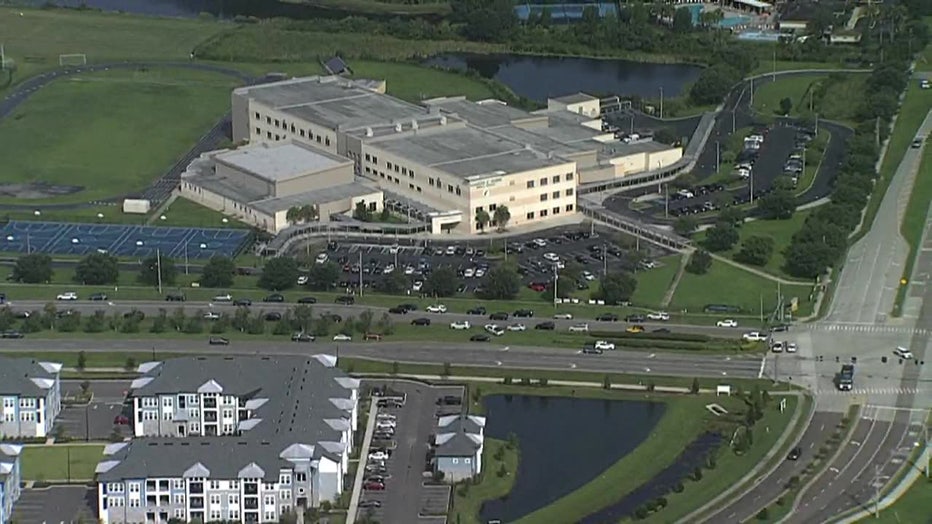