Bitcoin bids to be accepted in Beer Can Island sale

TAMPA, Fla. - If you’ve ever dreamed of owning a private island, now may be your chance.

The owners of Beer Can Island in the middle of Tampa Bay are auctioning off a 33% stake in the island, and their preferred currency is bitcoin.

"I’ve heard of other real estate transactions going down in bitcoin, but maybe not islands," says Johnny Gadd, one of the co-owners. "We’re really not trying to invent the wheel so much, but there is a certain type of investor we feel would be best suited to help us move the island forward, an adventurous type spirit that you find more commonly associated with bitcoin." 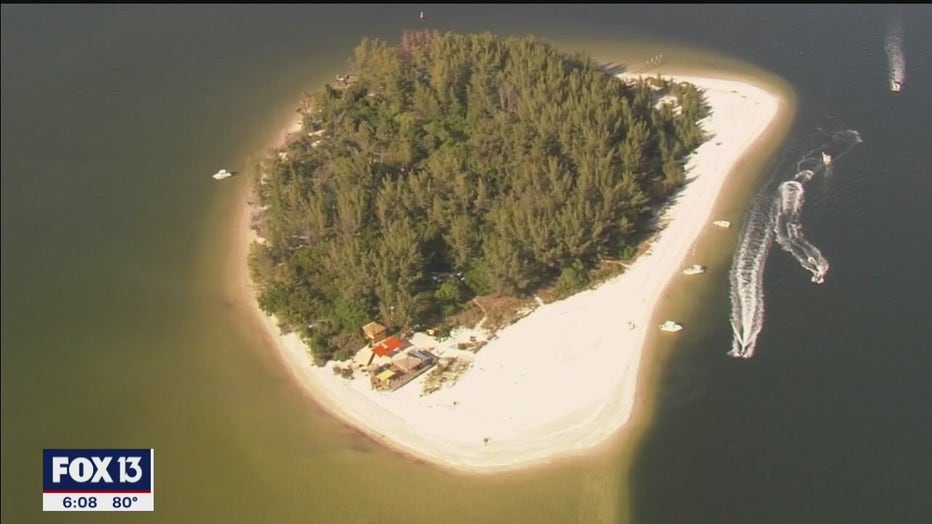 He says the present owners would like to replace a dock and expand recreational amenities on the island, which is accessible only by boat.

Gadd says the current owners have been transparent about beach erosion on the island and have plans to restore the sand with or without the help of a new part-owner, but he said it could be accelerated by a new investor.

Some fans Beer Can Island were surprised to see a post on social media with a pricelist for yearly island passes, ranging from $30 to $60, depending on when they're purchased.

Beer Can Island, officially named Pine Key, is between Apollo Beach and MacDill Air Force Base in Tampa Bay.

MORE: Owners of Beer Can Island to turn party spot into community attraction

Local singer-songwriter Matt Billor wrote a song about the place.

"I grew up there, so the lyrics just kept coming to me, everything that I’ve experienced on that island," Billor said.

Four friends who bought Beer Can Island for a place to store their floating tiki bar have announced plans to turn the party spot into a venue.

For more information about the auction and the island, visit Beer Can Island's auction website.