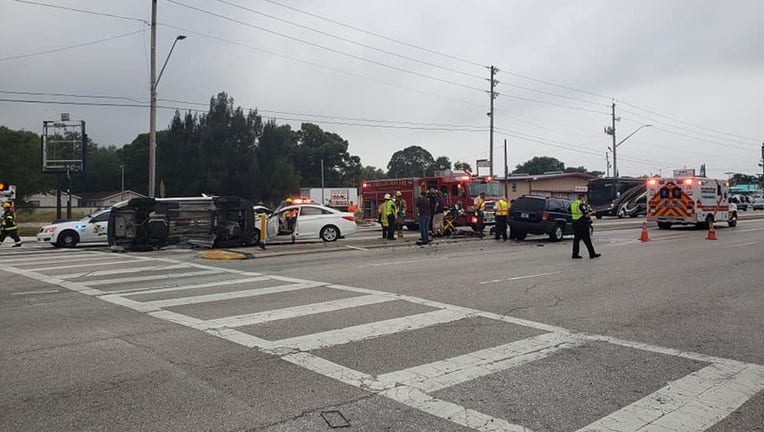 PINELLAS PARK, Fla. - A driver has passed away after a deadly crash at a Pinellas Park intersection Tuesday morning.

Pinellas Park police said the crash occurred at Park Boulevard and Belcher Road. Around 8 a.m., they said the driver of a Chrysler 200, Nathan Marcum, was heading south on Belcher Road when he stopped for a red light at the Park Boulevard intersection.

Investigators said the Chrysler spun and struck another vehicle that was stopped at the Park Boulevard red light. They said Marcum passed away at the scene.

Speed and alcohol don't appear to be contributing factors to the crash, police said.