Where are they now? Ann Turner Cook, the original Gerber baby

"I was a happy, healthy baby and I think that's why the drawing has been so appealing to people," she told FOX 13 in 2013. "Because everybody wants their baby to be happy, healthy looking."

Cook's portrait was drawn by a friend of her father in 1927, who filmed Cook to try and catch her expression. The expression she caught became the most famous face in baby food.

"The simplicity of the sketch, I think, appealed to them and it's appealed to an awful lot of people ever since," Cook said.

Cook became an English teacher at Hillsborough High School in Tampa and the secret got out. She began every year answering every question her students had about the baby everyone knew.

"And then I would say, 'Now we won't talk about this anymore' because I didn't want it to monopolize the time I had with my students."

Nowadays, she's free to talk about being the Gerber baby. 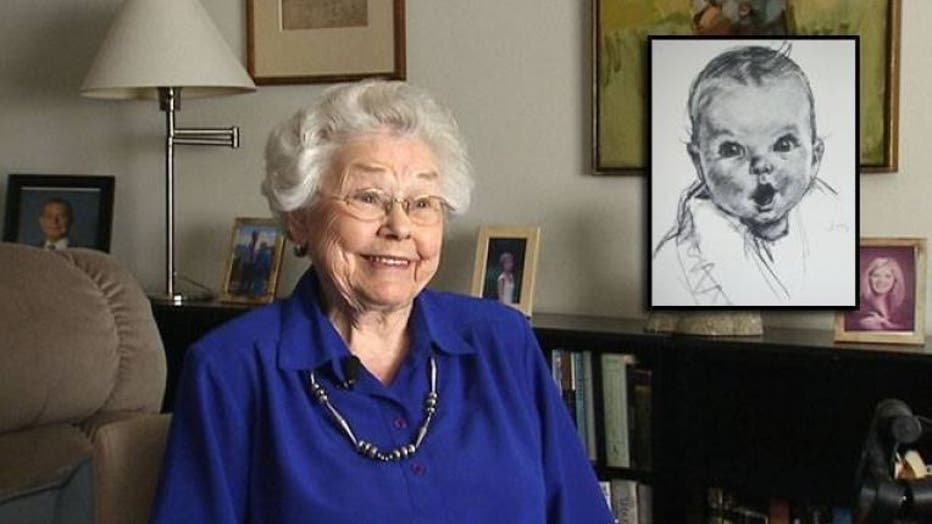 "I had four of my own," she continued. "There's nothing I'd rather be than associated with babies."

She has great-grandchildren now -- generations since the drawing that made her face famous forever.

"That's my immortality, yes," she laughed. "I've become a symbol for babies, which couldn't be anything nicer than that."