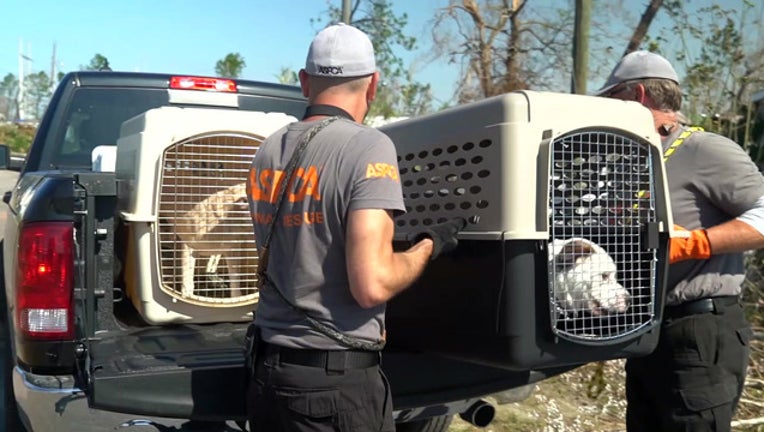 LAKELAND (FOX 13) - A vanload of survivors from the wrath of Hurricane Michael just showed up in Polk County. Thirteen dogs arrived at the SPCA of Lakeland.

Their owners decided to give them up because they are struggling to survive themselves.

“People were hoping they had a home to go back to, and unfortunately, they did not,” explained Shelly Thayer, the executive director of the SPCA of Florida.

On Monday, many of the new arrivals were undergoing surgery to be sterilized. They will also be vaccinated and microchipped before they are put up for adoption later this week.

The ASPCA is one of several national animal welfare groups that has been working in the Panhandle since Hurricane Michael hit three weeks ago. So far, it has rescued more than 600 homeless dogs and cats.

“There are teams in the field pulling animals out of bad situations and bringing them in,” said Ehren Melius, the ASPCA’s emergency medical director.

Melius says the situation is improving a little every day; there is still a lot of work to be done.

Another delivery of dogs, cats and kittens is scheduled to arrive in Polk County Wednesday.

“The animals that we are taking in is a small dent, but it is a dent,” added Randa Richter, spokeswoman for the SPCA of Florida.