TAMPA, Fla. - Some store shelves may be running out of typically common items as businesses and manufacturers work to catch up amid backups in supply chains – all caused by the COVID-19 pandemic.

Global shutdowns disrupted the flow of goods and many industries are still catching up a year and a half later, impacting everything from big box grocery stores to home builders and even small businesses.

"We used to be able to order from vendors and get things in a week to two weeks," said Andrew Smith, the founder of Salt Pines, a coastal lifestyle store in Hyde Park.

Smith said those shipments are pushed way back, now up to three months. The pandemic jumbled the supply chain, and it’s a continuous struggle for businesses. 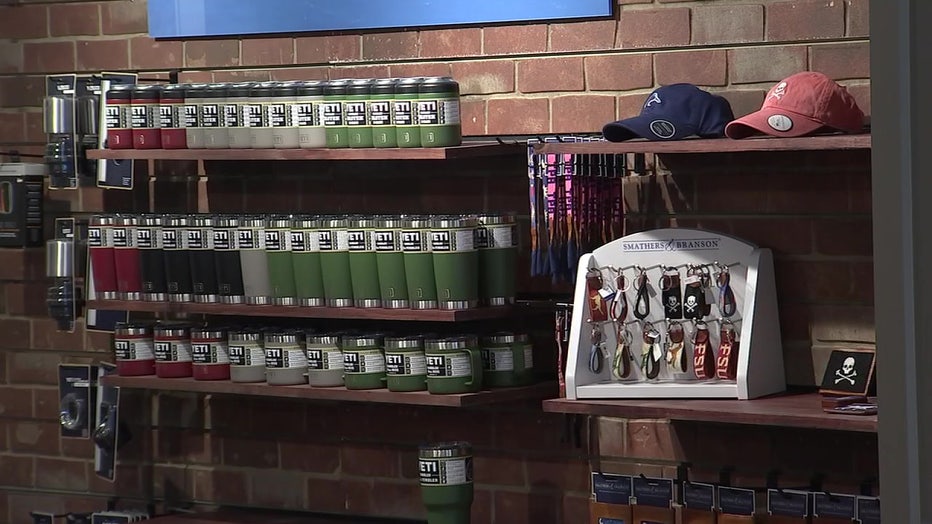 "A lot more time on the phone with vendors, getting status updates, seeing where things are. That way if we need to cancel orders or make an adjustment or figure out something else to bring in other than what we had originally planned on, just kind of going through that process," said Smith.

Outside of small businesses, supply chain problems are leading to out-of-stock items on grocery shelves and even backlogged orders in manufacturing.

"The backlog is incredible. Nobody in our side of the business is going out of business. They have too much business," said Tony Bouquot, the general manager of the Metal Building Manufacturers Association.

Metalworkers said they aren’t getting materials in time for some projects.

"We’ve had trouble with keeping up with the demand and trouble in sourcing adequate goods to keep up with production to keep up with customers’ demand," said Rob Haddock, the founder and CEO of S-5. "We’ve had a shipment to make to Australia, ordered a container in early June and we just got it two weeks ago."

Large suppliers are bringing in orders through shipping containers, but it gets delayed.

"Some of our smaller vendors that we work with we’re actually kind of fortunate, they’re a little bit more nimble and they’re been able to utilize air freight versus bringing in large bulk containers," said Smith. "That’s helped us out considerably and allowed us to fill in some areas where some of our larger vendors aren’t really able to get the job done right now."

Smith said it’s all out of their control, so they appreciate their customers being understanding.

"You made do. You do the best you can. We’re really fortunate that the majority of our vendors are working really, really hard to make sure that we’re still supplied," he said.

Smith shared a message while the problem continues to work itself out.

"Be patient with the companies right now. It probably will be hard going into the holiday season. Get out, do your shopping early," said Smith.

Many shipping containers are coming in from other countries, so the supply chain is still recovering globally. Retail owners said that can sometimes lead to broken orders where some sizes or other items getting stocked later.