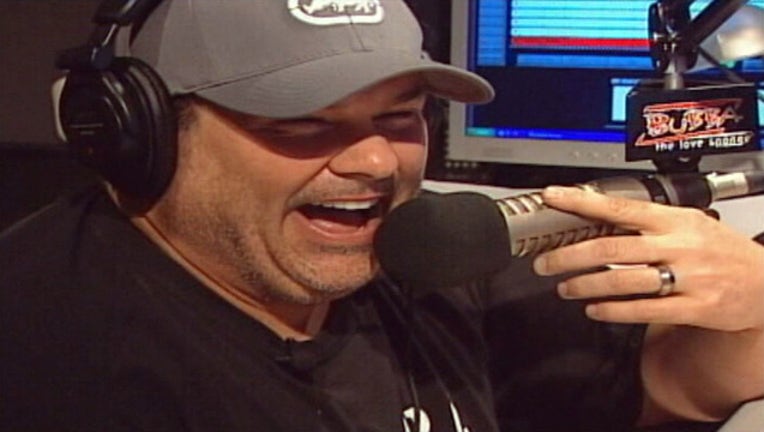 ST. PETERSBURG (AP) - The owner of a Florida media company said Monday that radio host Bubba The Love Sponge Clem tried to influence the listening habits of a person who was participating in a ratings survey.

In a statement, Beasley Media said Clem was contacted directly by someone who had a ratings device to measure listening habits. Nielsen calculates its ratings by putting listening devices that resemble pagers on people.

Beasley said that Clem attempted to influence the person participating in the Nielsen ratings survey.

Nielsen calculates its ratings by putting listening devices that look like pagers called "portable people meters" on people in a household. Each person represents thousands of listeners in a given market. Those people are meant to be kept secret, and the panelists are changed every 18 months to avoid unusual behavior.

The media company said Clem's conduct had no effect on the Tampa Bay radio ratings because the improper activity was discovered quickly.

Nielsen removed the participant's results from the survey. Beasley's Tampa station won't be included in the September 2015 ratings report.

In a separate statement, Nielsen said the ratings weren't affected in any of the markets.

"Nielsen is committed to maintaining the highest standards of data integrity and will continue to act swiftly to ensure that those standards are upheld, including taking additional measures if circumstances warrant," the statement said.

The Beasley statement said Clem and his staff must undergo ratings compliance training.

"We are taking appropriate steps to ensure that such conduct does not occur in the future," Beasley wrote. "These steps include, but are not limited to, compliance training for Mr. Clem and his employees and the distribution of guidelines reiterating the importance of avoiding conduct that could cause ratings distortion, to all Beasley employees."

Clem could not be reached for comment Monday. Earlier, he told FOX 13 he was unaware of the allegations and was off the air because he hurt himself in a fall.

Clem counts a litany of stunts both on and off the air, including legally changing his name to Bubba The Love Sponge Clem in 1999. His guests range from political candidates to sports stars to sheriffs.