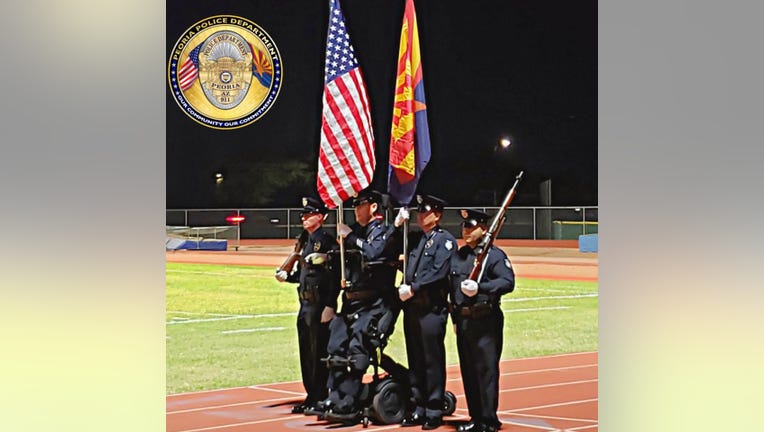 PEORIA, Ariz. - Peoria Police officials say one of its officers was able to stand for the first time in nearly 14 years, thanks to a new wheelchair he received.

Police officials posted a photo of the officer on its unverified Facebook page Saturday.

Police officials say investigator Bill Weigt was paralyzed following a shooting that happened while he was on duty in 2005.

The wheelchair helped the officer stand while the National Anthem was playing at the Speical Olympics opening ceremony.

In the photo, Weigh was seen holding the American flag, and was able to stand with help from the wheelchair.

According to a video posted by Peoria Police in December 2017 on its Facebook page, Weigt, along with several other Peoria Police officers, were responding to a shooting call during the early morning hours of December 17, 2005 when he was shot by a suspect. He returned to work less than a year after the shooting.