TAMPA, Fla. - Testimony continued Tuesday in the murder trial of a Riverman man accused of killing his girlfriend and young daughter, and also trying to kill his 8-year-old son in 2018.

Following an explosive first day of the trial, jurors were shown weapons prosecutors said Ronnie Oneal, 32, used to commit the murders, including a shotgun that was shattered into pieces.

According to the state, Oneal used the shotgun to shoot through a closet where Kenyatta Baron was hiding before following her to a neighbor's doorstep, where he beat her with the same weapon. Investigators said the weapon shattered and the steel barrel was bent during the attack. 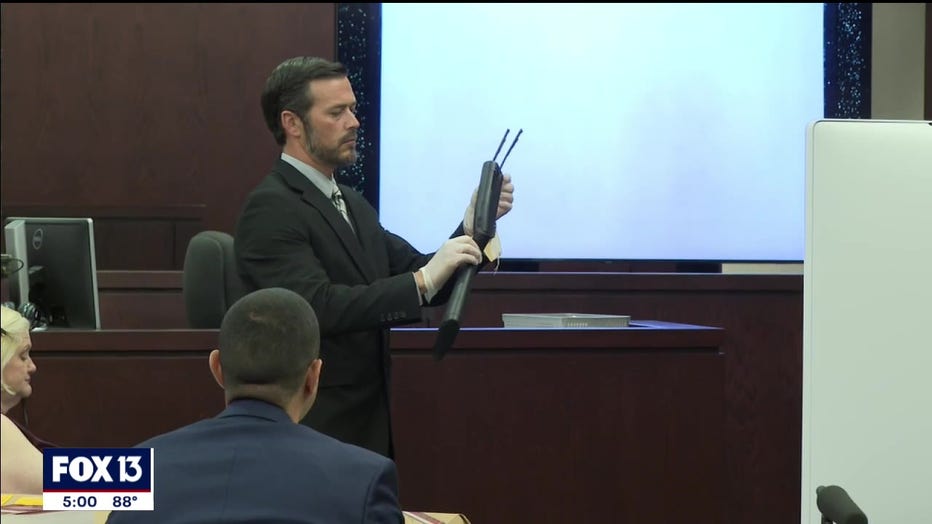 Prosecutors focused much of the morning on a cell phone video recorded by a neighbor that shows the chaotic crime scene as first responders arrived. Detectives have said that, by then, Oneal had already killed Baron and his 9-year-old daughter, Ron’Niveya.

He's also accused of stabbing his 8-year-old son, Ronnie IV, several times and lighting the little boy and their house on fire.

Deputy Frank Tagliarini with the Hillsborough County Sheriff's Office was among the first to arrive at the scene and, moments later, saw the garage door open.

"A young child, appeared to be 9 years old, looked to be about the same size as my son, came walking, struggling to the front, to where I was in the front yard," Tagliarini said. "He was apparently severely injured." 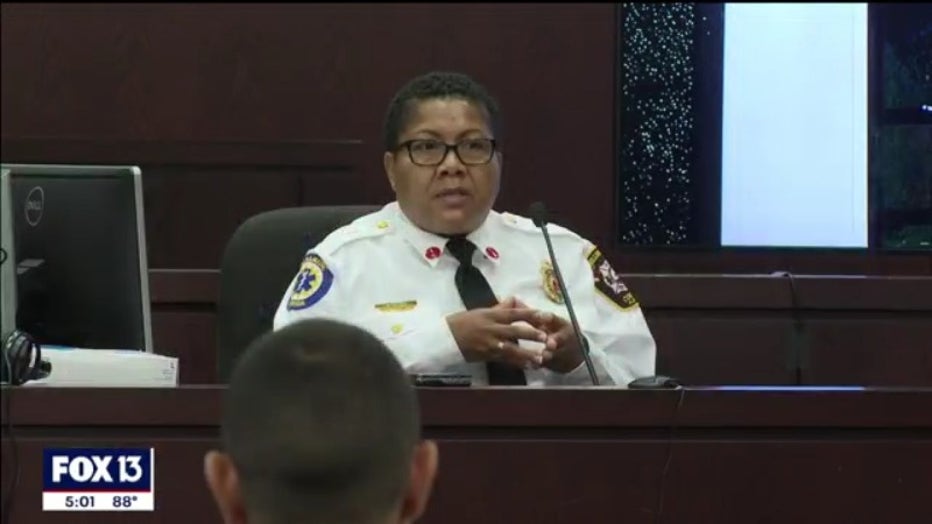 As the little boy was rushed to a nearby hospital, paramedics testified he was able to saw a few words.

"I believe he said, 'My dad killed my mom' or 'My dad shot my mom,'" said Hillsborough County Fire Rescue Lt. Veronica Vitte.

At the scene, meanwhile, one of the firefighters, Donald Foster, helped carry Ron'Niveya's body out of the home. It's a moment he vividly remembers.

"What did you do [after placing her on the ground]?" Foster was asked by a prosecutor.

"Hugged my other firefighter and cried, to be honest with you," he answered.

Choosing to represent himself, Ronnie O'Neal gave his own opening statements on Monday morning claiming officials tampered with evidence.

RELATED: Child who says he saw father kill his sister, mother to testify at double-murder trial

Ronnie IV, who is now 11 and has a different last name, barely survived the attack. He's expected to testify Wednesday. His father, who is acting as his own defense attorney, will have the opportunity to cross-examine him.