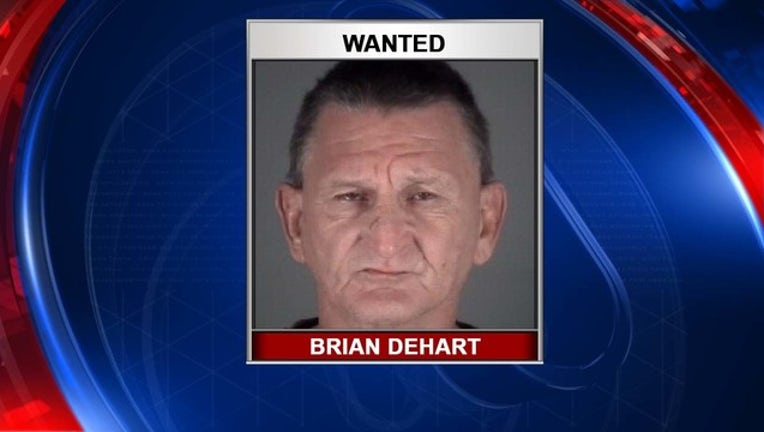 NEW PORT RICHEY (FOX 13) - Pasco County deputies are searching for a suspect involved in a sexual battery case from Thursday.

Deputies said the incident occurred on Van Doren Avenue in New Port Richey and are searching 52-year-old Brian Carl Dehart. They said he struck the victim in the face and head several times, tied her up and sexually battered her.

Officials said the victim escaped from the home and was able to hop towards a construction site. Workers there helped cut the laces off of her wrist and ankles, and contacted the Pasco County Sheriff’s Office. When deputies arrived, Dehart already fled from the area. It's unclear if the victim knew Dehart prior to the crime.

They said he was last seen wearing a gray sleeveless shirt and was possibly armed with a firearm. He is described as being 6’1 tall, weighs 215 pounds, has brown hair, brown eyes and multiple tattoos on his arms and right hand.

Anyone with information on Dehart’s whereabouts is asked to call Crime Stoppers of Tampa Bay at 1-800-873-8477 or online at www.crimestopperstb.com.