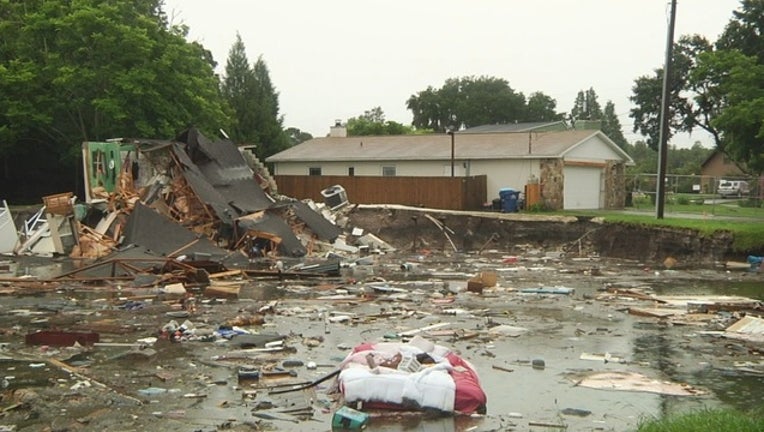 SkyFOX flew over the sinkhole Monday which showed much of the debris cleared away by crews. USF researchers plan to survey and collect data as needed throughout the week.

When the sinkhole first opened up on July 14, two homes were destroyed. The sinkhole showed unstable signs early August and widened by about 800 square feet, and six more homes became unlivable. Monday, the county said an eighth home had been condemned but Tuesday said they made an error and that home should not have been included on the list.

The county says all seven homes deemed unlivable will be demolished.

The sinkhole now stretches about 260 feet and 50 feet deep.

Pasco County spokesperson Doug Tobin said phase one of the clean-up efforts is expected to wrap up around August 18, which includes stabilization of the edges of the sinkhole and collection of debris. The total cost is around $1 million.

Tobin said it's unclear what will happen after that. The sinkhole could be left as a lake.