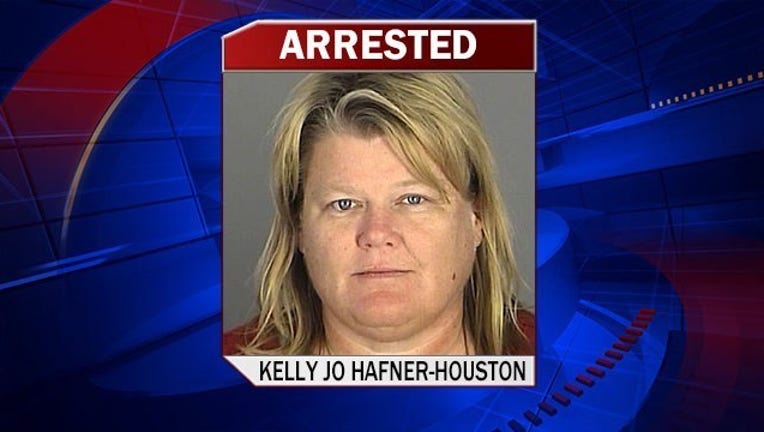 Investigators said Kelly Jo Hafner-Houston, 45, was working as a traffic clerk and pocketed $586 she collected from people paying their fines and fees in cash. She's also accused of trying to steal an additional $164.

"It's a big deal because it's not our money; it's the public's money," O'Neil said. "The money we collect we send to the state. It's distributed many different places and if I can't trust somebody with something small, I can't trust them with anything."

Kimberly Collins, director of Pasco County Criminal Courts, noticed something was wrong. She said Hafner-Houston would collect the money, clear the driver's license, and then delete the record from the system.

According to the arrest report, she would then take the cash and hope that if it appeared there was no record in the system, no one would notice the missing money.  But changes in the system appear on the daily courthouse reports.

"It was determined that there was a single employee who was involved in every single incident," Collins said, adding Hafner-Houston denied stealing any money.

The suspect is currently on unpaid administrative leave during the investigation and is facing fraud and grand theft charges.

"We deal with confidential information. We collect $114 million a year, so I can't have any discrepancies in that at all. I need trustworthy people," O'Neil added.

Hafner-Houston has been an employee with the clerk's office for three years and hasn't had any previous issues.

FOX 13 stopped by her house but no one answered the door.