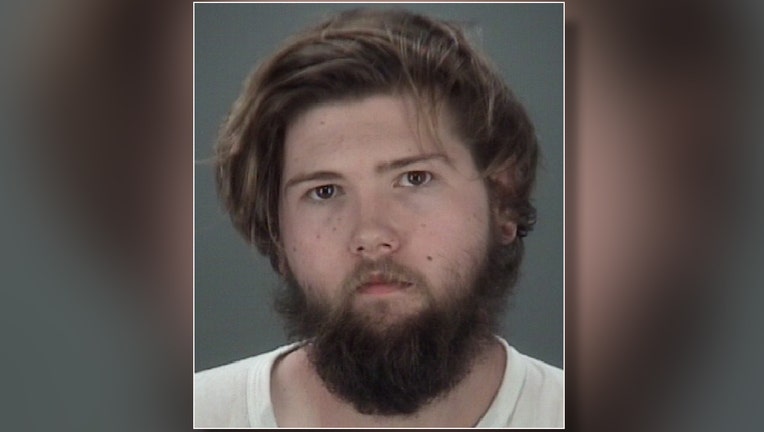 HOLIDAY, Fla. - Deputies arrested Tyler Hardeman, 23, Wednesday evening after he allegedly threw a McDouble hamburger and a vape pen at another person.

According to the Pasco County Sheriff’s Office, Hardeman threw the double-patty burger at the victim’s head during a verbal argument. The McDouble struck the victim in the left ear and did not cause injury. Deputies said Hardeman also threw a three-pound vape pen at the victim’s left knee, which caused redness and lacerations.

After being struck by the hamburger and vape pen, the victim tried to run away, but Hardeman grabbed the victim’s shirt and ripped it off, deputies said.

Hardeman was arrested and charged with domestic aggravated battery with a deadly weapon.