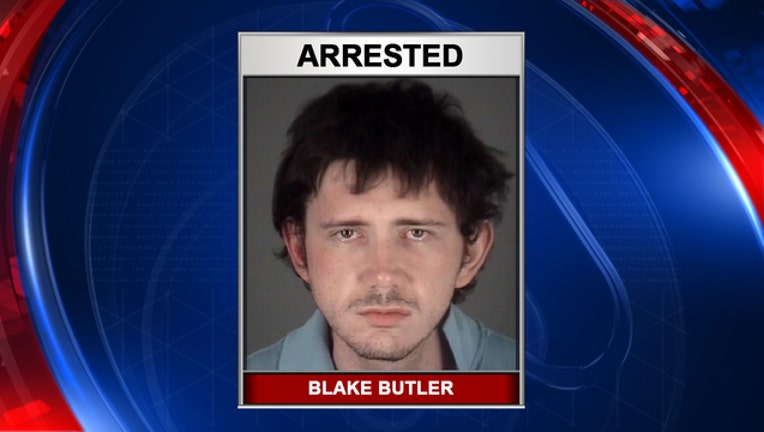 WESLEY CHAPEL (FOX 13) - Pasco County deputies say they arrested the man who allegedly set-up, ambushed, and tried to stab a young father to death in a Wesley Chapel neighborhood.

After being flown to the hospital and treated, Reilly and his girlfriend were able to help investigators unravel the scheme used to lure Reilly.

According to investigators, a person who identified their self as Sarah Kreuger "waved" at Cody Reilly on Facebook September 3.

Sarah Kruger then told Reilly she was in an abusive relationship and needed help.

Reilly agreed to pick up Sarah Kruger at an address on Buckhorn Court, but when he got there, a man with a knife ran toward him. Reilly told investigators the man was yelling at him as he stabbed at Reilly.

The suspect fled, leaving Reilly on the roadway, injured and bleeding.

While Reilly was being treated, his girlfriend spoke to investigators about an incident the week prior. Maya Kane said a male who called himself JD sent her a Facebook message, advising her to end her relationship with Reilly and begin a relationship with him.

When Maya showed her husband and investigators JD's profile picture, Reilly identified JD as his attacker.

Through further investigation, JD's Facebook profile was linked to an Instagram account for a person with the last name Butler, which was identified as the last name of a family that lived near the location where Reilly was attacked.

Blake Butler was identified as the suspect and deputies were able to take him into custody. Investigators believe Butler was pretending to be the female, Sarah Kruger on Facebook to lure Reilly.

Meanwhile, Reilly was recovering in the hospital. He said he was thankful none of the stabs hit any major arteries.

Thinking about his 8-month-old son, Xander was helping him push through the ordeal.

Reilly's father set up an online fundraiser to help with his medical bills.