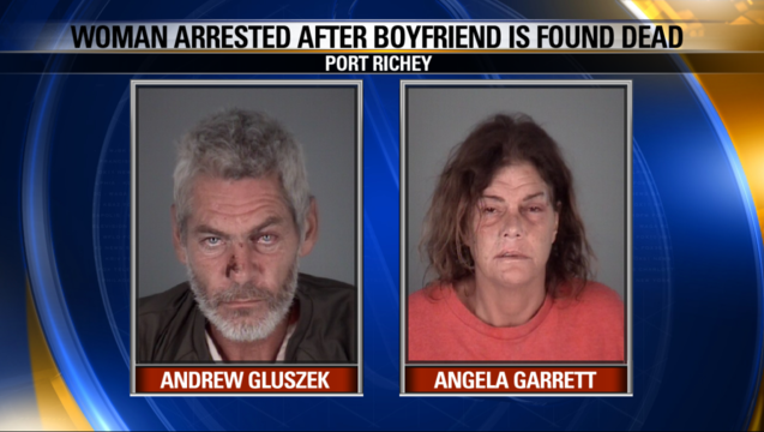 PORT RICHEY (FOX 13) - A Port Richey woman was arrested after police found her boyfriend dead beside a business Friday night.

Officials say they found Andrew Gluszek, who was homeless, unresponsive near Twice the Ice, which is behind Family Dollar on Ridge Road. The 51-year-old was pronounced dead shortly after. Investigators said they found a stab wound on his body.

While police were investigating, Gluszek's longtime girlfriend, Angela Garret, showed up at the scene. Police say the 49-year-old admitted to stabbing her boyfriend at her home on Vienna Lane Thursday night.

Both Garrett and Gluzsek have long arrest records. Most of those cases were related to charges of trespassing, panhandling, public intoxication, and domestic violence.

Garrett was arrested for aggravated domestic battery. However, police say the investigation is ongoing and new charges could be filed pending the results of an autopsy.