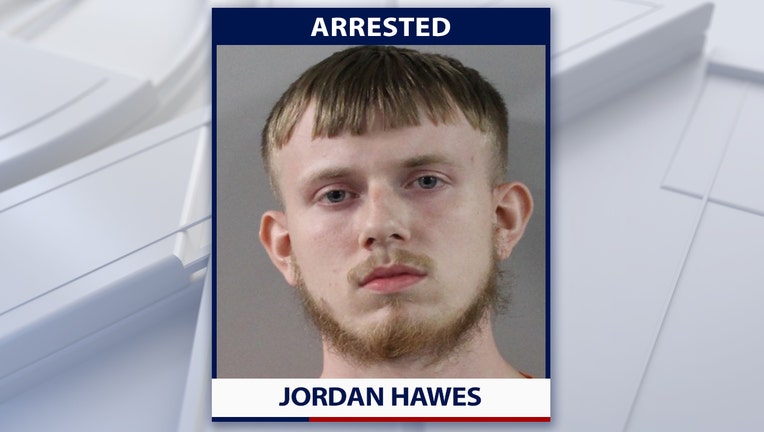 LAKELAND, Fla. - Jordan Hawes, 18, and a 17-year-old male have been arrested after deputies say the pair drove around a Polk County park and shot three children with a pellet gun.

It happened at the Highland City Ballpark, located at 3930 Ball Park Road in Lakeland, around 6:45 p.m. on Wednesday.

Deputies responding to the scene say Hawes drove a Mercedes around the park and took cell phone video of the 17-year-old shooting at kids from the car.  The pellet gun, along with Hawes’ cell phone, was confiscated as evidence.

The three boys, ages 10, 12 and 13, who were struck by the pellets suffered welts and redness.

"The suspects thought it would be funny to shoot at children with their pellet gun," shared Polk County Sheriff Grady Judd. "Clearly, it wasn’t fun for the children; they could have been seriously injured by the pellets. In fact, there was a warning right on the gun that stated that it could cause serious injury."

Deputies say the teens were using a Splat-R-Ball Water Bead Blaster Rifle, which is designed to fire 7.5mm water beads at a rate of 8 per second at a velocity of 200-feet per second. The pellets are meant to be soaked in water to be softened.

Both teens have been charged with three counts of aggravated battery with a deadly weapon.