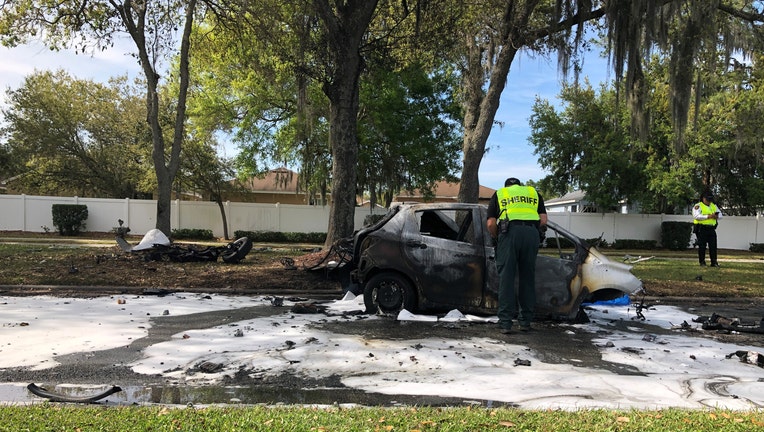 MULBERRY, Fla. - Baylee Simpson, 25, of Mulberry was killed Friday afternoon after deputies say her car struck a tree and caught fire while she was fleeing the scene of a crash.

According to the Polk County Sheriff’s Office, Simpson was driving south on Imperial Lakes near Opal Drive when she struck the back of a Cadillac SUV. Investigators said after hitting the SUV, she fled northbound on Imperial Lakes at a high rate of speed.

While fleeing, she missed the curve near the 4900 block, drifted into the center lane and onto the grass. Her car traveled another 100 yards before striking an oak tree.

The collision ejected Simpson and propelled the engine out of the car and into the southbound lanes, deputies said. After impact, the car caught on fire and became engulfed in flames, which also burned Simpson.