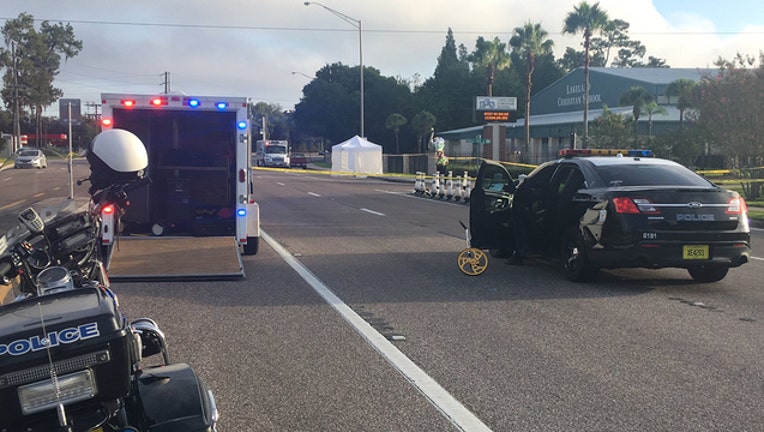 LAKELAND (FOX 13) - A pedestrian was fatally struck by a vehicle driven city employee.

Lakeland police responded to a traffic crash around 5:44 a.m. involving  53-year-old pedestrian. The victim has since been identified as Jeffrey T. Wells. The accident occurred at Forest Park Drive and Harden Boulevard which is near Lakeland Christian School. No students were involved in the accident.

Officials said a witness told them Wells, with his head down and using a walker, was crossing the roadway, but was not in a crosswalk. The Lakeland city employee, who was off-duty at the time of the crash, didn't see Wells. After hitting him, the employee stopped and dialed 911. Wells died at the scene.

The northbound lanes of Harden Boulevard were closed for about three hours during the investigation.