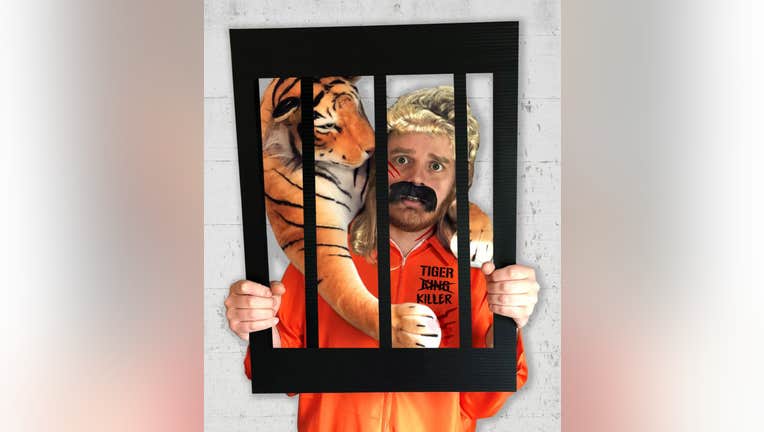 PETA listed the costume on its website for $160. It comes with a blonde mullet wig, stick-on mustache, jail bars, an orange prison jumpsuit and a plush "pouncing" tiger.

According to the website, the costume will ship by July 31.

"Tiger King" takes viewers on a ride through the world of big cats, and follows the rivalry between Joseph Maldonado-Passage, who goes back "Joe Exotic," and Big Cat Rescue's CEO Carole Baskin.

Maldonado-Passage was sentenced to 22 years in federal prison in January for his role in the murder-for-hire plot against Baskin, and also for violating federal wildlife laws.

The show has even sparked a new interest into the disappearance of Baskin's first husband, Don Lewis. Baskin has publicly disputed claims made in the show, saying it brought a "sensational" outlook into the cold case.