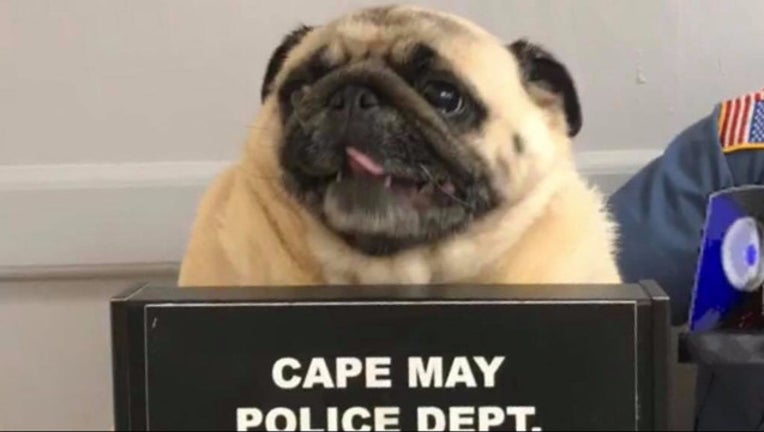 CAPE MAY, N.J. (WTXF) - A lost dog in Cape May, New Jersey became an internet sensation before being reunited with his owners over the weekend.

The Cape May Police Department shared a comical mug shot photo of a pug they found after it apparently ran away from home Sunday.

The department says the dog was captured “sneaking through yards” on the 1300 block of New Jersey Avenue.

A short time later, they shared a second photo of the dog behind bars, in a holding cell. The caption read, “Update - the pug’s owner has been located and he has been released on bail”

The mugshot photo, which the department labeled ‘#PugMug,’ has been shared more than 5,000 times on Facebook and has hundreds of comments.