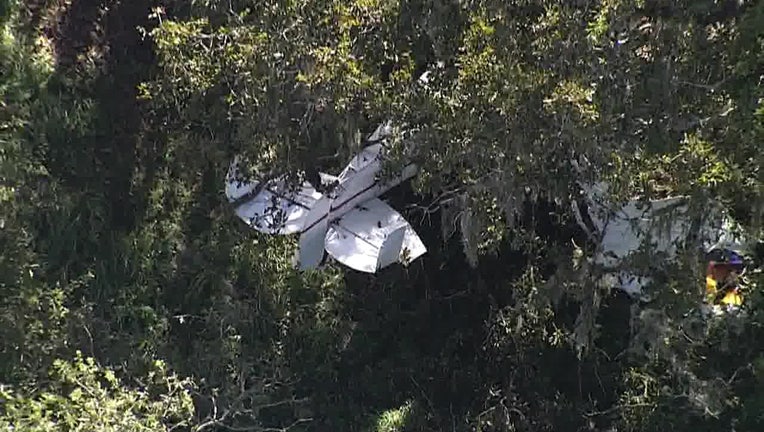 Officials said the plane had one occupant, and crashed south of Woodwind Point.

According to the sheriff's office, no one on the ground appeared to be injured. The cause of the crash is under investigation.

The view from SkyFOX shows the plane was torn apart, with parts stuck in a tree.

It's also unclear where the plane was headed or where it departed.The nearest airport to the area is The Inverness Airport.