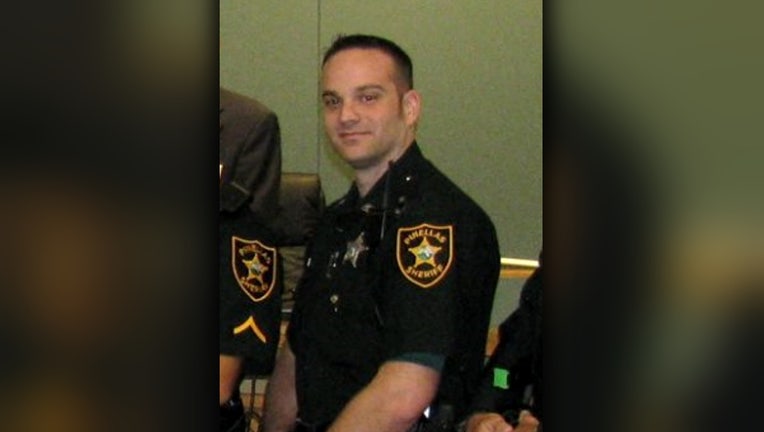 LARGO, Fla. - A Pinellas County Sheriff's Office deputy has been terminated after the agency said he sent inappropriate text messages to two women he met during investigations.

The sheriff's office began investigating Deputy Brian Overton after a woman filed a complaint in July 2020, saying she was receiving unsolicited and unwelcome text messages from the deputy, who she met during the death investigation of her father.

The woman said the first text messages were related to the investigation, but quickly transitioned to a personal conversation with some comments being sexual in nature.

The sheriff's office said Overton engaged in regular text message conversations with the woman for days after the investigation, which were not related to his official duties.

RELATED: Pets adopted during pandemic are being surrendered at Seminole shelter as people head back to work

Overton admitted to sending the texts and was issued a written reprimand in August of 2020.

On Feb. 5, 2021, Overton was dispatched to a child abuse call, and later contacted the woman to inform her of the outcome of the investigation. The sheriff's office said he used a phone app to conceal his personal phone number and displayed an alternate number instead.

The next day, investigators said Overton used that same app to send a text message to the woman asking for information regarding the earlier child abuse call.

That's when the sheriff's office said Overton engaged in a series of text messages with the woman that were personal and sexual in nature, including making comments about her body and appearance. In one message, Overton allegedly told the woman he'd had a vasectomy.

The woman described the texts to investigators as being "unprofessional, creepy and scary." She said she felt she was being sexually harassed and was hesitant to report Overton because she was concerned about retribution and that it could potentially affect her case.

The agency's administrative review board said they found Overton abused his position of authority and demonstrated a pattern of being unable to practice self-restraint.

"Deputy Overton put his own personal wants before the welfare of citizens who are in vulnerable situations," the sheriff's office wrote.

The administrative review board terminated Overton effective May 17.

"Deputy Overton's conduct was reprehensible and instead of honoring his oath to help others, he tried to take advantage of women in vulnerable situations for self-serving sexual gratification," Sheriff Bob Gualtieri said in a statement. "Overton's conduct is inconsistent with how a deputy sheriff should conduct himself and he has forfeited the privilege of being a law enforcement officer."

"I am not here to make excuses.  Through intensive counseling, use of critical incident stress management resources, and my faith, I have come to know and reckon with how my conduct impacted others.  In texting with Mrs. [redacted] and, before that, by calling and texting with Mrs. [redacted], I was looking for affirmation.  I understand that these women were strangers who I was supposed to protect and serve.  At the time, I was just thinking about me.  I did not think about how my conduct would impact them.  I know now that I made them feel uncomfortable, and that I likely changed the way that they view and rely on law enforcement.  For that, I offer my deepest apologies and sincerest regrets."