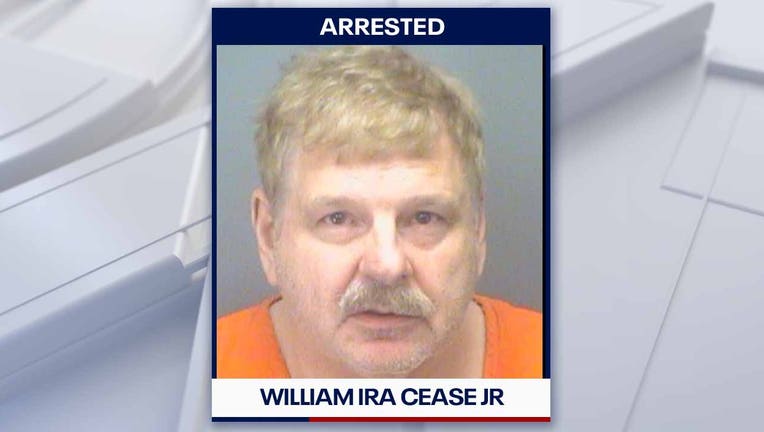 Detectives arrested 63-year-old William Ira Cease Jr. as he was leaving his home. He was booked in Pinellas County Jail on Thursday morning. Investigators said he has been employed as a licensed practical nurse at The Care Center of Pinellas Park since April 2019.

They said on December 13, Cease was found in a "state of undress" when another employee walked in and saw him in the "act of sexual assault." The victim was a 69-year-old female patient, described by police as a "vulnerable adult."

Investigators said they believe there may be other victims. Online records show he faces one charge of sexually battering a "mentally defective person."

Christina Chesser is one of Cease’s neighbors. She claims he’s threatened her in the past and says the man scares her.

When asked about the allegations, she said she wasn’t surprised.

"I think he should be jailed and given some therapy or something," Chesser said. "He's dangerous."