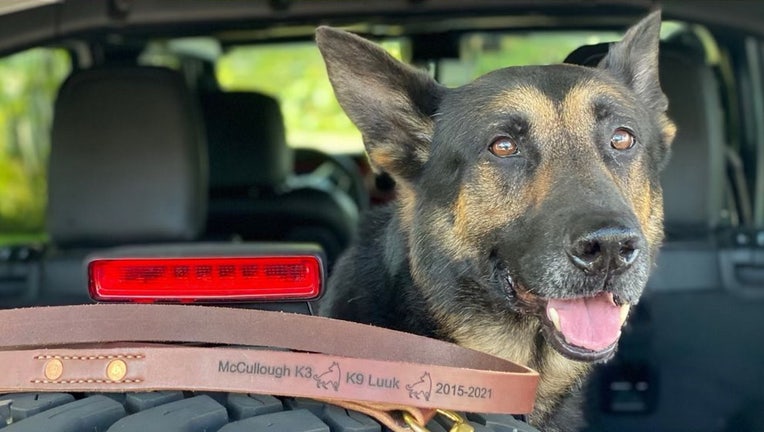 PINELLAS PARK, Fla. - Pinellas Park police are mourning the loss of one of their K9s.

The agency says K9 Luuk passed away June 1, after more than 6 years of service.

Luuk joined the Pinellas Park Police Department in October of 2014, where he formed a bond with Officer McCullough through months of training.

RELATED: Officials have yet to track down black bear spotted between Hernando to Pinellas; Philippe Park remains closed

The department said Officer McCullough and K9 Luuk had a long and successful career together and became a fixture in the community.

"Ofc. McCullough's bond with 'Luuk' was unsurpassed and his loss will be felt at home, at the Pinellas Park Police Department, and throughout our wonderful community," the agency wrote. "Please join us in sending positive thoughts to Ofc. McCullough and his family."

Police did not say how Luuk died.