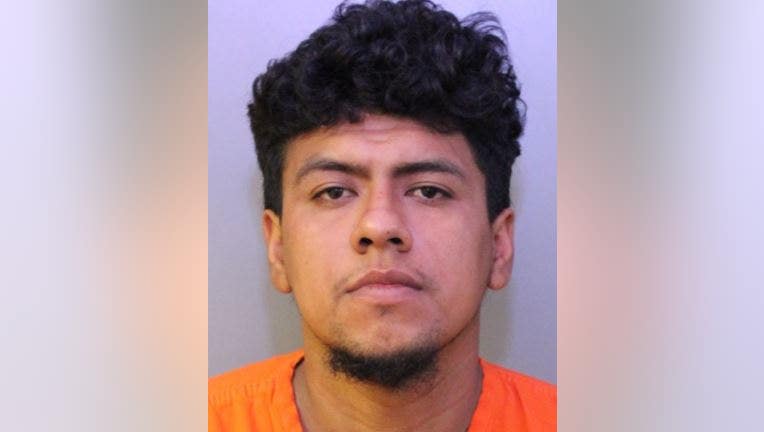 PLANT CITY, Fla. - A suspect accused of fatally shooting a man was located and taken into custody by Florida Highway Patrol.

According to the Plant City Police Department, 26-year-old Alex Antunez was outside of his home in the 100 block of South Forest Street with the victim and witness. Police said the three men were talking when Antunez entered his home. The adult male victim, who has not been identified, and the witness remained outside drinking beer, police said.

Antunez exited the home with a black AR-15 style rifle, police said, and pointed it at the victim at close range. Detectives said the victim was shot multiple times.

They said Antunez pointed the rifle at the witness but no shots were fired. However, detectives said Antunez did fire several rounds into an occupied home in the 1300 block of East Church Street, which was reported by the homeowner.

The witness left and told police he was afraid of being shot by the suspect, officials said. Antunez left the area in a red Chevrolet Cruz that belonged to his wife. FHP located the vehicle and Antunez along Interstate 4 in Polk County. The Chevrolet was disabled in the emergency lane with hazard lights flashing.

Troopers said Antunez was spotted walking on the eastbound lanes of the highway. They said he was wearing blue jeans with no shirt.

Antunez was arrested on several charges, including murder and a felon in possession of a firearm.