CLEARWATER, Fla. - At first, it was the storm drain, and then the city dumpsters. Now, the city of Clearwater’s sidewalks are about to get a makeover.

That’s exactly what Green helped coordinate. Back in January, the city asked residents to submit their own poems. The best ones would be stamped into the concrete sidewalks.

Green says judges were shocked to see how many were ready to pound the pavement.

“We had around 225 applicants; they were students, they were residents. It totally blew me away. The quality of the poetry was just amazing,” Green said. 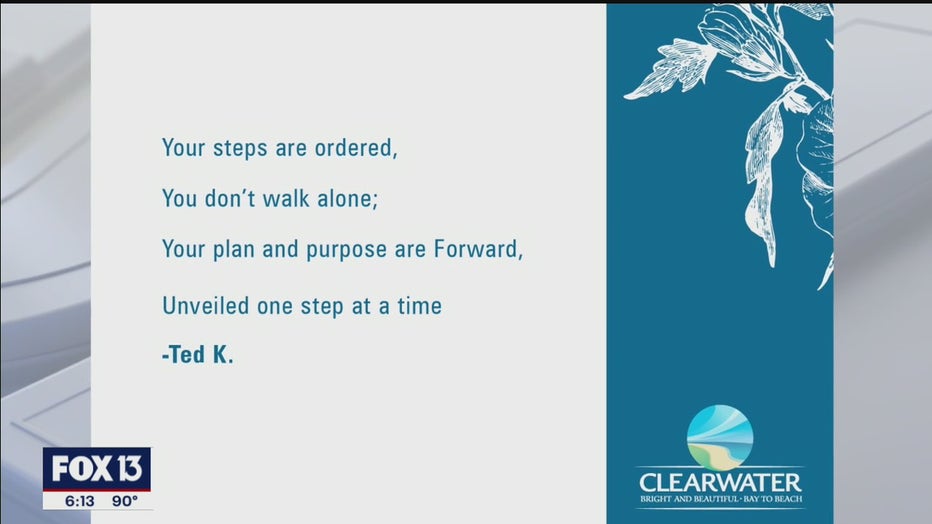 One of the five winners was Ted Knapp, a Clearwater pastor.

“I’m hoping it has a unique interpretation for every person and an application for their current circumstance. Even if it sits there maybe for years, I think when someone looks at it, they’ll say, ‘I guess I’m not alone after all.’ I want people to know they’re not alone,” Knapp said.

Knapp says it’s exciting to see the community’s creativity all over the city.

As the imprinting begins later this month residents should expect to see their community member’s words pop up on sidewalks, throughout the summer. 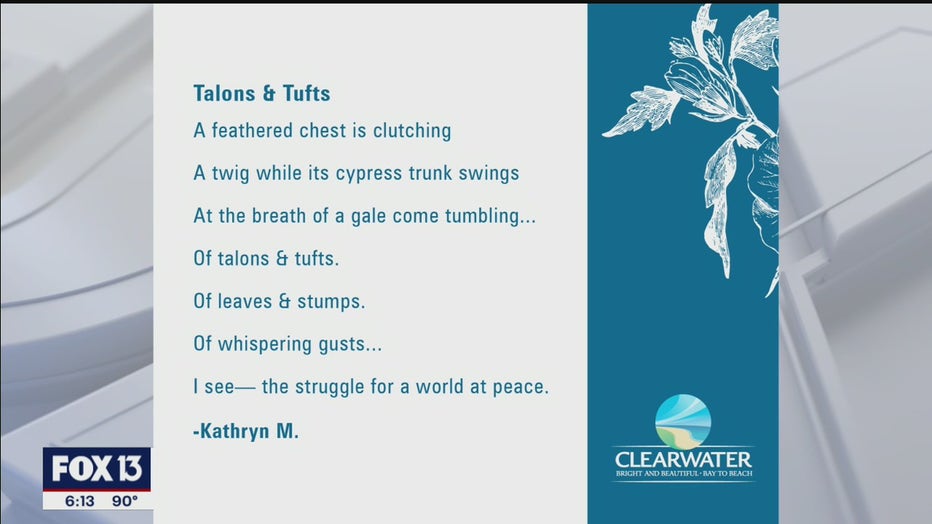 “We’ve actually ordered these gigantic stamps and we’re going to press them into wet concrete and they’ll actually be permanently featured in perpetuity on Clearwater’s sidewalks. And you’ll be able to see that little imprint wherever you go,” Green said. “That’s what’s so cool though, you’ll be walking through your neighborhood and one of your neighbors will have written the poem.”