TAMPA, Fla. - Police have arrested a Lightning fan accused of knocking down a light pole at Amalie Arena during the post-game celebration.

Tampa police said a witness reported seeing 21-year-old Anthony Cafaro pushing and pulling a light pole at the arena, where hundreds of fans had gathered to celebrate the team's Stanley Cup win on Monday night.

When officers tried to intervene, they watched him continue to try destroying the pole. 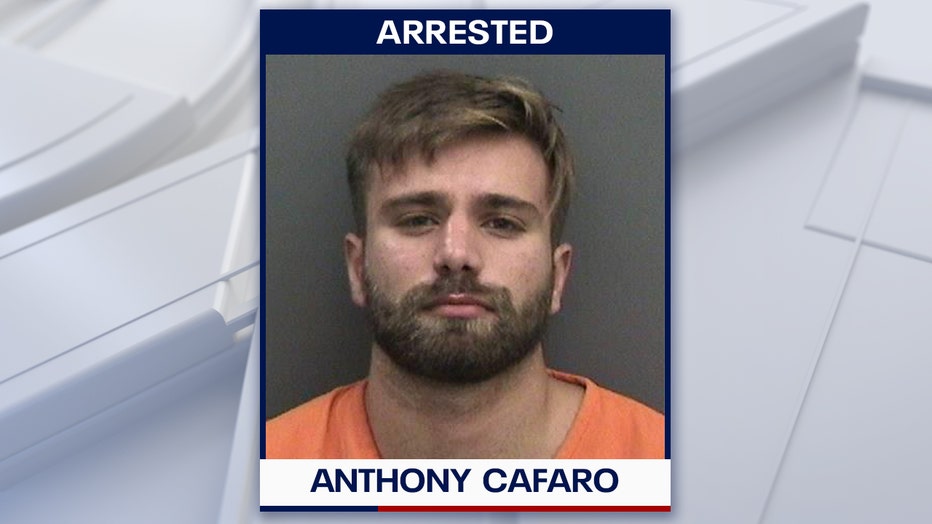 Police said Cafaro refused to follow officers' commands and physically resisted as they attempted to arrest him.

Once in custody, police found a small baggie containing cocaine to be in Cafaro's possession.

Cafaro is charged with criminal mischief, resisting an officer without violence and possession of cocaine.